Is USA heading for a "post-Christian" culture? 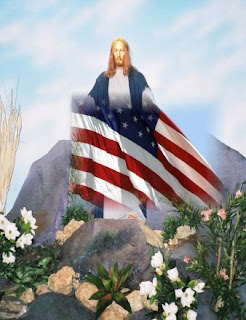 The following is from the USA Today, Faith and Reason: A Conversation About Religion, Spirituality & Ethics. The author writes the following:

His online column today puts his concern over the decline of religious denominational ties in New England in historical context.

After all, this is the region the Protestant faithful settled and were later joined by waves of Catholic immigrants. Now, their religious influence is losing sway and there's a marked increase in the number of people -- one in three or four in much of New England-- who claim no religious identity. With this change comes efforts such as the current campaign to legalize gay marriage in several New England state legislatures, Mohler says.

Mohler frets that New England will lead the nation down the path already taken in western Europe where ...

Do you agree? Do you think moving toward a post-Christian culture is a bad or good direction?

Hard to say. Americans have asked this question before, but sure enough, religious devotees managed to once again legitimize their claims and gain the support of the masses. Every time someone makes the assertion that the "Religious Right," "America's Christian heritage," etc. is doomed to extinction they are able to find new breath and purpose.

I hope this is true, but I doubt that it will happen in the near future. However, the sooner we become a post Christian nation, the better off we will be.

I'm not saying that you are right (or wrong), but I would like to hear your explination for such a belief.

I think we probably entered a post-Christian culture in the 1960s, if not earlier. The 1950s may have been a post war aberration.

Having grown up in California and the Northwest, I can say that we never argued about prayer in schools -- something that some younger Fundamentalists forget. America has been getting increasingly diverse since the late 19th century, and the change in immigration laws during the 1960s that allowed greater numbers of Asians to come to America opened the flood gates of change.

Sorry Al, but I think you're rowing up the wrong river!

no sociological evidence bears this out. none. of course after reading pastor bob's blog for a couple of years and knowing my own embodiment of christianity, i doubt either of us would meet mohler's criteria for "christian" either. ;-)