In his autobiography Ben Franklin noted that at one point in his younger life he became a "thorough deist." Franklin immediately noted that he backtracked on the thoroughness of such creed. ("I began to suspect that this doctrine, tho' it might be true, was not very useful.")

Elsewhere in his biography, Franklin gives more detail on his change of approach. Paragraph breaks are added:


And being then, from reading Shaftesbury and Collins, become a real doubter in many points of our religious doctrine, I found this method safest for myself and very embarrassing to those against whom I used it. Therefore I took a delight in it, practising it continually, and grew very artful and expert in drawing people, even of superior knowledge, into concessions, the consequences of which they did not foresee, entangling them in difficulties out of which they could not extricate themselves, and so obtaining victories that neither myself nor my cause always deserved.

I continued this method some few years, but gradually left it, retaining only the habit of expressing myself in terms of modest diffidence; never using, when I advanced anything that may possibly be disputed, the words certainly, undoubtedly, or any others that give the air of positiveness to an opinion; but rather say, I conceive or apprehend a thing to be so and so; it appears to me, or I should think it so or so, for such and such reasons; or I imagine it to be so; or it is so, if I am not mistaken.

This habit, I believe, has been of great advantage to me when I have had occasion to inculcate my opinions and persuade men into measures that I have been from time to time engaged in promoting; and, as the chief ends of conversion are to inform or to be informed, to please or to persuade, I wish well-meaning, sensible men would not lessen their power of doing good by a positive, assuming manner, that seldom fails to disgust, tends to create opposition, and to defeat every one of those purpose for which speech was given to us, to wit, giving or receiving information or pleasure.

For, if you would inform, a positive and dogmatical manner in advancing your sentiments may provoke contradiction and prevent a candid attention. If you wish information and improvement from the knowledge of others, and yet, at the same time, express yourself as firmly fixed in your present opinions, modest, sensible men, who do not love disputation, will probably leave you undisturbed in the possession of your error. And by such a manner you can seldom hope to recommend yourself in pleasing your hearers, or to persuade those whose concurrence you desire.

Shaftesbury and Collins were two of the "Deists" who influenced Franklin. Early in his life Franklin was imbibed in the game which we see played to this day of skeptics debunking conventional religious dogmas. Franklin claims he was quite good at it. But then opted for a different approach. The approach of making diffident arguments on issues that many hold dear.

More of a soft challenge than a hard one.
Posted by Jonathan Rowe at 11:17 AM 4 comments:

Nothing New Under the Sun 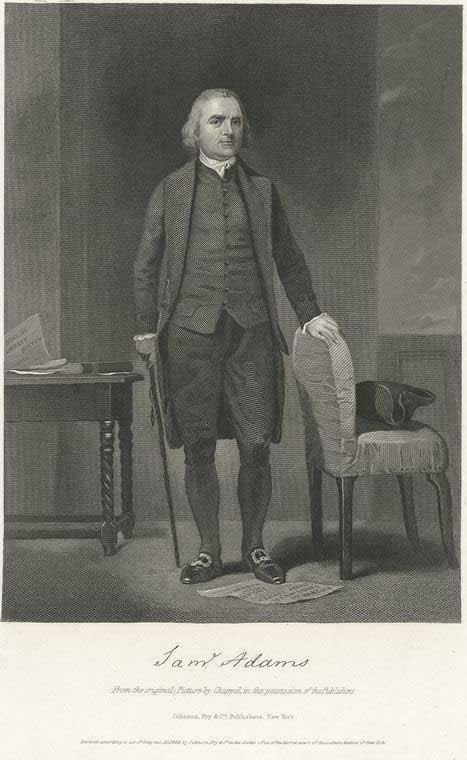 “I have long been convinced that our Enemies have made it an Object, to eradicate from the Minds of the People in general a Sense of true Religion & Virtue, in hopes thereby the more easily to carry their Point of enslaving them.”—Samuel Adams to John Scollay, 30 April 1776 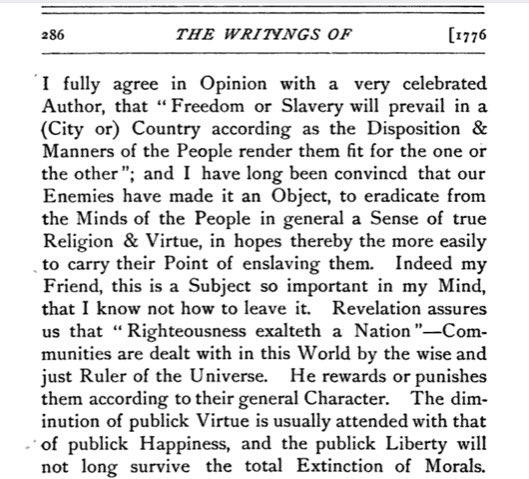