"Getting Back To The Constitution": The Truth Part 2 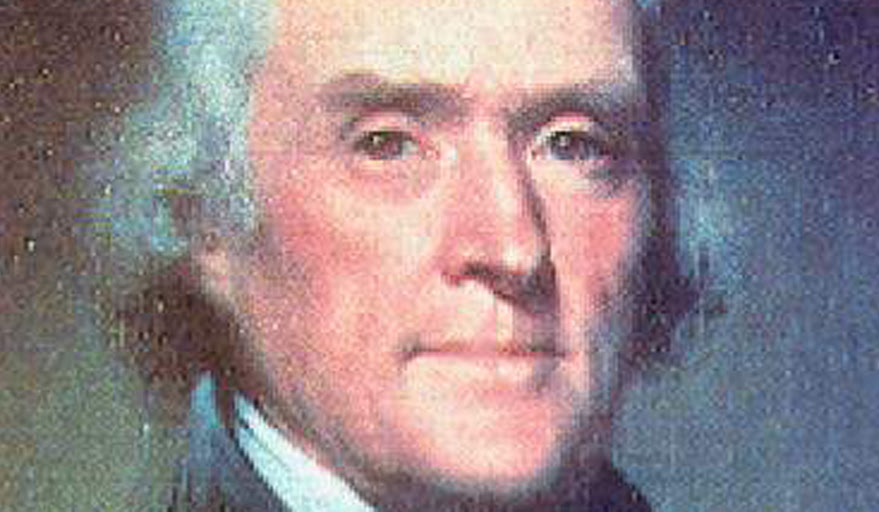 In my last post I proposed the idea that we need to shift the frame of discussion in the Christian Nation debate from the one preferred by both extremes in the "Culture Wars" to one that actually has a chance of getting to the truth. This can be done by simply asking the right question:

What role did Christian principles play in helping to shape the founding of America.

This as opposed to the current question that centers around the silly idea of trying to find out which Founders were or were not "Christians". This is silly for two reasons. One is that it misses the entire point of understanding the founding by focusing on the religious views of the founders instead of the origin of the ideas they used to build a nation. The second is that it is an unanswerable question that only muddies the waters.

Simply put, the key to finding the truth about what it means to "get back to the Constitution" is to avoid the extremes of the "Cultures Wars". Furthermore, one has to understand that without an understanding of the Declaration of Independence and inalienable rights it is impossible to even begin to discuss the foundations of the form of government our Founders created to protect them. It is with this in mind I began to present excerpts from the book Defending The Declaration by Gary Amos. A book that hits on the same general theme that David Barton does minus the bad history and extremism.

With that stated, here is another excerpt from Amos where he is explaining that law was at the center of Jefferson's thoughts. This is because he had to make a legal case as to why the colonies had the right to declare independence from the King:

The words laws of nature and of nature's God in the Declaration of Independence may be the most misunderstood words in American legal history. It was a legal phrase for God's law revealed through nature and his moral law revealed in the Bible. Yet many people think that the phrase is un-Christian or even anti-Christian. They think by using he phrase, Jefferson and the founders rejected a Christian approach to law and founded America on an anti-Christian idea.


Amos goes on to discuss 5 reasons that people give as proof that the phrase "The Laws of Nature and Nature's God" is non-Christian. I will save that for my next post. Here I want to ask people if they think the phrase is Christian or non-Christian and why? "Why" being the key to the question because I am not sure many that are involved in the "Getting Back To The Constitution" movement have ever thought about it...

I don't know a single instance where Jefferson acknowledges the Bible as the Word of God, divine writ.

Now, "the law of nature's God" may have meant the Bible to many Christians of the Founding era and many signers of the Declaration, but not all, and certainly not Thomas Jefferson.

What they did agree upon was that the "natural law" was promulgated by God*, but in an organic fashion, not necessarily the scriptural one.

"Good and wise men, in all ages ... have supposed that the Deity, from the relations we stand in to Himself and to each other, has constituted an eternal and immutable law, which is indispensably obligatory upon all mankind, prior to any human institution whatever..."

"Upon this law depend the natural rights of mankind."

So it's an overstep to say that this phrase in the Declaration necessarily meant the Bible to the Signers.
_______________

* Strangely enough, it had been argued by Suarez and Grotius that the "natural law" could exist even without God. The Founding era tended to put God back in.

1. I agree with Gregg Frazer and the Straussians that the DOI was "artfully written." No doubt orthodox Christians could read the document and "think" it referred to their God.

2. The DOI is an inclusive document; I don't think it excludes orthodox Christians, or Deists, or Unitarians, or Universalists or Swedenborgs or Great Spirit worshipping Natives, etc. That's my problem with Christian Nationalists. They are EXCLUSIVE in their view of God. I think Frazer is right that if Christians are going to be so exclusive, in their beliefs about God they have to give up the Founding.

3. Orthodox Christians of that day and today believe in natural law, God given natural law, etc. So in a sense the DOI could speak to them.

4. "Nature" as used means discovered by reason as opposed to revealed in the Bible. The DOI double mentions Nature. So it seems pretty clear to me it's invoking the CHANNEL of "reason" as opposed to "revelation" when it mentions God.

Well, Jon, I'd say not "their" God---the One God. IOW, I believe in the One God. So do you, but you have some things wrong about him.

This is where our pal GF goes off, that the One God of unitarianism isn't Jehovah. Of course He is. The rest is detail, and doctrine.

Now, Jefferson's One God isn't Jehovah, but John Adams's is. Franklin is uncertain whether the Bible is divine writ, but all the rest---including the unitarians---believe it is.

We can swing the pendulum too far back the other way as well.

KoI: Here is a rather obscure, but relevant fact.

In the paragraph deleted by Congress that unjustly blamed King George III for imposing slavery on the American colonies, Jefferson made his only explicit reference to Christianity negatively when he wrote that, “this piratical warfare, the opprobrium of infidel (underlined) powers, is the warfare of the Christian (capitalized and underlined) king of Great Britain.”

Jefferson’s satire reminds me of Roger Williams satirical claims that many Native Americans he met exhibited more virtue than many so-called Christians of Massachusetts Bay colony, “I've known them [Indians] to leave their house and mat To lodge a friend or stranger When Jews and Christians oft have sent Jesus Christ to the Manger.”

OTOH, it was the quite Christian Dr Samuel Johnson who had the better of this hypocrisy game:

"How is it that we hear the loudest yelps for liberty among the drivers of negroes?"

Whew! I just had to struggle - again - wading through the question! Judging whether it was Christian or not strikes me as a mute point. The point is that it was legal. The point of the New Testament is that we are saved by The Gift, The Son, the charity of The Great Spirit that some of us call Christ -- and not by law.

• “with respect to our rights, and the acts of the British government contravening those rights, there was but one opinion on this side of the water. All American Whigs thought alike on these subjects. When forced, therefore, to resort to arms for redress, an appeal to the tribunal of the world was deemed proper for our justification. This was the object of the Declaration of Independence. Not to find out new principles, or new arguments, never before thought of, not merely to say things which had never been said before; but to place before mankind the common sense of the subject, in terms so plain and firm as to command their assent, and to justify ourselves in the independent stand we are compelled to take. Neither aiming at originality of principle or sentiment, nor yet copied from any particular or previous writing, it was intended to be the expression of the American mind, and to give to that expression the proper tone and spirit called for it by the occasion. All its authority rests then on the harmonizing sentiments of the day, whether expressed in conversation, in letters, in printed essays, or in the elementary books of public right, as Aristotle, Cicero, Locke, Sidney, etc.” (Jefferson to Richard Henry Lee, May 8, 1825)
• Thomas Jefferson wrote; "Bacon, Locke and Newton. I considered them as the three greatest men that have ever lived, without any exception, and as having laid the foundation of those superstructures which have been raised in the Physical and Moral sciences."
• “May it be to the world, what I believe it will be -- to some parts sooner, to others later, but finally to all -- the signal of arousing men to burst the chains under which monkish ignorance and superstition had persuaded them to bind themselves, and to assume the blessings and security of self-government. That form (of government) which we have substituted, restores the free right to the unbounded exercise of reason and freedom of opinion. All eyes are opened, or opening, to the rights of man. The general spread of the light of science has already laid open to every view the palpable truth, that the mass of mankind has not been born with saddles on their backs, nor a favored few booted and spurred, ready to ride them legitimately, by the grace of God. These are grounds of hope for others. For ourselves, let the annual return of this day forever refresh our recollections of these rights, and an undiminished devotion to them.” (Jefferson to Roger Weightman, June 24, 1826)

Yes, but Jefferson was a liar. ;-P

I am not so sure how relevant it is whether the second part of the statement being the Bible is what Jefferson believed or not. The term has a long standing in Christian history. One that Amos makes a compelling case for that I will get to in later posts.

It is the ideas we are looking for here and their origins. What the people who used them believed personally or not is a red herring. Even if they did not believe the ideas they used it reflects the popular sentiment of the day if they felt they were forced to do so....

Oh, I agree with that, how the religious talk gives us a feel for the theologico-political landscape of the day, and that whether or not the speaker believed his propaganda is completely secondary.

I was referring to where Jefferson credits anything but Christian sources for the Founding principles. He may have been lying by omission, or he may have been unaware of the centuries of Scholastic [Aquinas] and Calvinist political theology that underlies them.