"Getting Back to the Constitution": The Truth 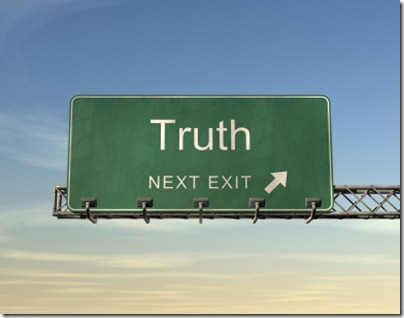 In my last post on American Creation I chose to chime in the David Barton controversy that has graced the pages of this blog recently. I did so for the first and, probably, the last time. This is because I believe it is a red herring in the national dialogue about the American Founding and the Constitution. A red-herring the zealots on both extremes of the "Culture Wars" have vomited all over the rest of us for years. This is because the central question at stake is an impossible one to answer. It seems both sides like it that way. It allows them to cherry pick quotes, write books, and serve them up as read meat for their base of rabid supporters. Of whom never bother to question anything the so called experts say on this matter. The absurd question is:

Were the Founding Father's Christians or not?

I propose we trade that impossible to answer question in for a real one. One that might get us closer to the quality of discussion that is needed to educate the masses that are all of a sudden interested in the Founding. This would include the Liberty Movement, Tea Party, and Occupy Wall Street movements and the citizens they represent. A large segment of the population that have woken up to realize that something might well be rotten in Denmark. They are not so sure what it is but each group has begun to look back to the beginning to see where America has gone astray. In other words, the "Culture Wars" have gone main stream.

What is the real question that I think will generate the necessary discussions to help accurately educate people that want to learn the truth? A simple one:

What role did Christian principles play in helping to shape the founding of America?


Non-Christians do not despair this question can be asked another way and still produce productive discussion:

What ideas helped to shape the founding of America and what is the origin of those ideas?


Unlike the "Culture Wars" frame of discussion, these questions are answerable. That is if people are willing to put in the time to study and discuss them. By discussion I do not mean the current one because it is not a discussion. It is two groups of people that hate each other talking past one another. Which is fine but why give the zealots all the spotlight? In fact, if you dig deep into these discussions as I have the past 5 years and get to know all the players a dirty little secret comes out. The large chunk of the zealots on both sides all grew up going to fundamentalist churches.

Once one understands this it becomes clear that the Religious Right is bitter that the militant atheists all left and the militant atheists are bitter about the abuse they feel they suffered. I am not minimizing the pain that anyone has gone through because I was deeply wounded by a zealot church myself, but at some point these people have to get over this. I was able to.

Regardless, I believe that "discussion" is about to go into the trash heap where it belongs because the "Culture Wars" have gone mainstream. Some people are threatened by the term because they think it represents selling out and unneeded compromise. Not at all. Mainstream means the place where reasonable, rational, and open-minded people sit down and actually discuss things in an intelligent manner. As the voice of reasonable people that join the discussion about the American Founding increases the zealots will be drowned out.

How do I know this? Much of this discussion is taking place in the Social Media stream where broadcasting is frowned upon and engagement is preferred. I do this for a living and have been watching zealots of all kinds take a pounding or just simply be tuned out. Almost all of them do not even realize it.

What does all this mean for us at American Creation? One gigantic opportunity is what it means. A opportunity to help shape the national dialogue and try to ensure that the truth comes out. I know that some are out there are jumping up and down shouting for joy that David Barton is finally getting roasted. In doing so, they are just setting themselves up for their day. Nobody wants to listen to a bunch of bitter people hurl hand grenades at each other. I enjoyed it for a while because I was mad at the Christian Church. I even joined the zealots in the quest to destroy the Religious Right. That is until I realized my time is better spent in reasonable discussion with open-mined people. Simply put, all the venom gets real old really fast.

With all that said I leave the second question I posed above to someone else to tackle. As a Christian I feel it is my obligation to promote the first. Not because I am biased but because I want to try to repair what David Barton has destroyed. Mainly because he is a Pastor trying to promote himself as a Historian. I am neither but I know the Bible and History very well.  Enough to know good Theology and History when I see it. With that in mind, I am going to start going through excerpts from the book Defending The Declaration by Gary Amos.

His general thesis is the same as David Barton's which is that the Founding of America was much more heavily influence by Christianity than is commonly taught. He just leaves behind the unanswerable question of what Founders were Christians, bad History, and zealotry behind. In short, it is a balanced and fair representation that the average guy on the street can understand.

Here is a taste of Amos with much more to come:

Law is a key idea in the Declaration of Independence for a very important reason. The Declaration was about being free from England, meaning a war would be fought. Some would call the colonists traitors and rebels and say the revolution was a lawless act. When Jefferson sat down to pen the Declaration , he knew these accusations would come, so his first thought was of law. He wanted the world to know that Americans had a right to be free- a right flowing from the laws of nature and of nature's God.

In his Introduction to Defending the Declaration, Amos recounts his Biblical, theological(1) and historical educational background and how he became disillusioned, roughly in the late 70s to early 80s, with the apparent secular “misreading/historical misrepresentation” of the founders and Enlightenment figures like Locke; a narrative that he felt all but hid the Christian influence on the American founding. He began reading Locke and the founder’s writings in light of his Old & New Testament training and began to find more and more apparent connections with Christian principles.

He then contrasts his understanding with that expressed in the 1983 book The Search for Christian America(2), written by three evangelical Christian historians and writers (Mark Noll, Nathan hatch, and George Marsden) and finds them wanting.

“About that time, a group of Christian historians published a book on Christianity and the founding of America called Search For “Christian” America (1983). I was hoping that their book would make mine unnecessary. But when I read the book in 1984 I was horrified. Not only did these Christian writers take the same “secular” approach of non-Christian writers, they were almost vindictive in their charge that Christianity had little or nothing to do with the American Revolution.

Leaving aside whether Amos properly characterizes The Search for Christian America or the authors, I think that it would be interesting to discuss at the outset, and at a minimum, how Amos’ historical approach differs from the approach used by the historians Noll, Hatch and Marsden that he specifically cites. Or even John Fea (Christian historian & friend of the blog) in his work, Was America Founded as a Christian Nation? A Historical Introduction (which might also be counted by Amos as too “secular”).

In my opinion, Amos takes a more evangelical hermeneutical approach in interpreting the founding through Christian scripture. I don’t bring this up to discount Amos’ book or to try to poison the well, but there is a different approach to “doing history” between Amos (and Barton) and some other Christian scholars that I think should be considered. This is not strictly a Heathen v. Christian argument.

One thing does immediately stand out though, there is certainly no single definitive Christian perspective on the founding/revolution and the interpretation and use of history. There is, of course, also no strict secular perspective.

1) Having gone to college to “become a preacher.” Page 2 of Amos' book.

2) The Search for Christian America, Mark A. Noll, Nathan O. Hatch, and George M. Marsden. This quote is from page 4. There is an Expanded Edition (1989) that I have read.

Thanks for the welcome. I think your point is a good one. I kind of allude to that by tackling the first question I ask instead of the second one. As we go through what he writes I am sure this will be part of the discussion.

I consider him a balanced approach and he basically states he is writing the book for Christians from the outset.

All of this is well and good. I appreciate that we need to turn this discussion around to find "truth." I also think that a good conversation needs less preaching and more listening. drCCYmom

I found Christianity in the Founding by first looking for Aquinas.

My area of focus has been the concept of "rights." i was aware that Aquinas' concept of "the dignity of the human person" was a precursor to what we now call "human rights," and were called "natural" rights before that.

Along the way, I also discovered the influence of Calvinism and "Calvinist Resistance Thory," the same theology that powered the beginning of the English Civil wars of the 1600s and led to the rule of Oliver Cromwell.

I realized that many historians don't have any familiarity with aquinas and the "Scholastics," his successors also called the "Schoolmen," who laid down much of the metaphysical basis of the question "by what right does one man rule another."

[This eventuates in "all men are created equal."]

So too, it seems that few historians are on top of the precursors to American Calvinism, the English and European theorists like Beza, Ponet, the Vindiciae contra Tyrannos, Christopher Goodman, etc., that had been fighting the English crown since 1638, when the crown tried to impose the Book of Common Prayer on the unwilling Calvinists of Scotland.

And a third thing, closely tied to aquinas and the Schoolmen, that of "natural law." Hugo Grotius was the Protestant most cited on it, along with the German Puffendorf, but Christianized natural law goes back to, again, aquinas.

That so many scholars of American history are not steeped in Scholastic and Calvinist thought has resulted in a historical picture of the Founding denuded of the religious concepts that were in the air they breathed.

For those who are up on their Aquinas and Calvin, they're hiding there right in plain sight.

I've read very little of Gary Amos but I think this is where he's coming from.