Unitarianism and the Brahmo Samaj 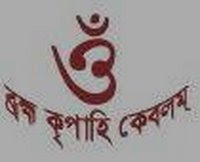 With that said, it would be a grave mistake to say that "Infidel" religion is exclusively the domain of Christianity. Of course all major religions have their "heretics" who, from time to time, challenge many of the traditional beliefs of their respective religions. Whether it's Islam, Christianity, Judaism, etc., all religions have had their "revolutionaries" who have sought to reform the long-held beliefs of their society.

It is in this light that I want to mention the case of the BRAHMO SAMAJ and its impact on modern Hinduism and Indian society. First, it is likely that most Americans are unfamiliar with the Brahmo Samaj. Until my recent grad school class on India I was also completely unfamiliar with it, but it has captured my attention and interest as of late. As a result, permit me to give a brief history and background on the Brahmo Samaj, which I hope will be of benefit and interest to the reader:

The Brahmo Samaj is arguably one of the most influential movements in the history of modern India. Simply put, it is a social order of people committed to a "metaphysical rigour and intellectual discipline of the Brahmo Religion." Their creed consists of the following fundamental beliefs:

1.) On God: There is always Infinite (limitless, undefinable, unperceivable, indivisible) Singularity - immanent and transcendent Singular Author and Preserver of Existence - He who is manifest everywhere and in everything, in the fire and in the water, in the smallest plant to the mightiest oak.

4.) On Love: Respect all creations and beings but never venerate (worship) them for only Singularity can be loved (adored, worshipped).

The origins and development of the doctrine of the Brahmo Samaj are complex to say the least. As a result, we must travel back to the early 1800s -- to the beginnings of the Samaj -- in order to appreciate its unique development as a legitimate religious influence in modern India. 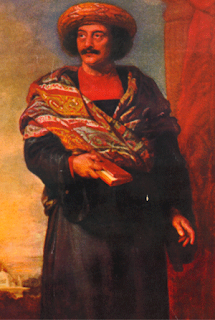 Originally born in the Hindu-dominated society of India, the Brahmo Samaj was the "brain child" of Ram Mohan Roy, a young man who had been exposed to a plethora of religious ideas while in his youth. During his early years, Roy had adopted a preference for monotheism, predominantly the result of his exposure to Islam. In addition, Roy worked closely with several British Christian missionaries who used Roy to "upset" some of the traditional Hindu believers in the region -- must to the benefit of the East India Company and British investors of course. It was during this time that Roy became close allies with Baptist preacher William Carey, whose influential book, An Enquiry Into the Obligations of Christians to Use Means for the Conversion of the Heathens was a stereotypical pro-British, xenophobic work of his era. The book presents an ultra-pro Christian perspective while at the same time condemns the "heathen" religions of India as "idolatrous," "works of the devil," etc.

It was while under the tutelage of Carey that Roy not only learned English, but continued to harden his personal devotion to monotheism. In fact, his insistence on monotheistic belief became so dominating that it caused Roy, with the help of Carey and others, to manufacture the fraudulent work, Mahanirvana Tantra (Book of Great Liberation), which was passed off as ancient scripture that supposedly upheld the belief in "the one true God" -- an idea that obviously flew in the face of traditional Hindu doctrine. Naturally, both Carey and Roy had opposing motives for creating the fraudulent document. Carey hoped to use the document to promote Christianity and its one true God -- Christ. Roy, however, hoped to expose what he saw as lasciviousness, laziness, and idolatry on the part of the Hindu clergy.

So you are probably asking yourself, "why in the world are we talking about India on a blog devoted to the American founding? The reason centers on the doctrine of Unitarianism -- a topic that we have regularly discussed on this blog. As many of our former posts have pointed out, Unitarianism became a powerful and very influential doctrine during the founding era, and many of the key founders found its creed to be to their liking. As historian Sydney Ahlstrom points out in his book, A Religious History of the American People:

God’s grace and mercy were needed, to be sure; yet with regard to the nature of man and human ability, these liberal ministers showed perhaps a greater measure of confidence than any significant group of churchmen in Reformed tradition. And what buoyed their confidence above all was the exhilaration of national independence, the economic and social advances of the American people, and the great destiny (already manifest) of this New World democracy. The idea prevailed widely that “this new man, this American” was a new Adam, sinless, innocent – mankind’s great second chance. Nowhere was it given so well-rooted a Christian interpretation as among these New England liberals, whose ideas on man were far more determinative than the ideas about Godhead which later won them the name “Unitarian.”

It is the doctrine of Unitarianism, born in Europe and exported to the United States...AND INDIA that shaped and solidified Roy's Brahmo Samaj. For example, John Morrison -- a British writer who observed many of the social and religious changes brought to India in the 19th century -- stated that Roy, "had taken to Unitarian doctrine with such vigor that he even set up a church of his own which he called 'the Hindu Unitarian Church.'" In addition, historian Lynn Zastoupil's masterful article, Defining Christians, Making Britons: Rammohun Roy and the Unitarians from Victorian Studies, demonstrates just how powerful Unitarian teachings were on Roy. In fact, Zastoupil points out that Roy was specifically courted by various Unitarian ministers -- in both Britain and the United States -- for his devotion to human rights issues like the removal of the Indian Caste system, the dowry system, and the doctrine of Sati.

Even by comparing the two sets of doctrine -- from the Unitarians and the Brahmo Samaj -- one can gain an appreciation for just how influential Unitarian ideology was on Roy and the B. Samaj:

And now, for comparison, here are some of the basic beliefs of Unitarianism:

- The inherent worth and dignity of every person
- Justice, equity and compassion in human relations
-Acceptance of one another and encouragement to spiritual growth in our congregations
- A free and responsible search for truth and meaning
- The right of conscience and the use of the democratic process within our congregations and in society at large
- The goal of world community with peace, liberty, and justice for all
- Respect for the interdependent web of all existence of which we are a part
Unitarian Universalism (UU) draws from many sources:
- Humanist teachings which counsel us to heed the guidance of reason and the results of science, and warn us against idolatries of the mind and spirit
- Spiritual teachings of earth-centered traditions which celebrate the sacred circle of life and instruct us to live in harmony with the rhythms of nature.

Simply put, the development of the Brahmo Samaj is anything but a native movement within India. In the same way that Unitarianism influence the founding generation in America, Ram Mohan Roy and the Brahmo Samaj were, arguably, even more influenced by Unitarian ideology. Unitarianism's influence throughout Europe, the United States, AND India demonstrates just how powerful its doctrine was during the 18th and 19th centuries.
Posted by Brad Hart at 10:30 AM

It's interesting that you should say that. There are some components of SUFISM (Islamic metaphysical teachings) that are quite similar to the doctrines of Unitarianism and the Brahmo Samaj. In fact, there's a growing number of young people in various Asian countries that are very devoted to the teachings of Sufism.

Brad, couldn't we simply say Hinduism was Westernized/Christianized by the British?

And of course the custom of suttee, throwing the live widow upon the dead husband's funereal pyre. As a perhaps apocryphal quote from a British general goes:

"You say that it is your custom to burn widows. Very well. We also have a custom: when men burn a woman alive, we tie a rope around their necks and we hang them. Build your funeral pyre; beside it, my carpenters will build a gallows. You may follow your custom. And then we will follow ours."

Now, Ram Mohan Roy also opposed the practice, but we must be tempted to give credit to his Western/Christian influences. And of course, there's the monotheism thing, which I gather is the Brahmo religion, Brahmo Samaj being its social/political component, and more widely accepted than the religion itself.

The story of the

We CANNOT say that Hinduism was "Christianized by the British. In fact, Indian Hindus rejected Christianity for numerous reasons...the primary reason being the doctrine of transubstantiation.

Ram Mohan Roy was an innovator. His ability to be both "Hindu" and "Christian" allowed him the freedom to make the changes witnessed by the Brahmo Samaj...Sati/suttee (depending on who you talk to) is an excellent example of this, along with his attempts to address the caste system.

The "unitarianism" is actually quite familiar. I've been looking for the sources (I know they are out there) that show Roy's communication with various early 19th century Unitarian leaders in the United States. I've ever heard rumors that Roy himself visited Boston (but I have not found anything to prove that.

***"And while due credit must be given to the unitarianism of the Founding era, it's far from clear that its contributions depended solely on unitarianism itself and could not have come from more orthodox Christians"***

I agree. I don't think Unitarianism deserves all the credit for the founding. I never made that claim. I simply think it was one of many important influences of the time.

Well, Brad, I used the term Westernized/Christianized, to highlight the philosophical, not theological, aspects of Christianity that would be opposed to, say, the caste system, which is at odds with Western/Christian notions of equality. This would highlight my past comments that Hinduism has no essential philosophical congeniality with the Founding principles.

I certainly would not propose that Hinduism did or could accept the Eucharist.

So too, as regards Islam, that Pakistan is basically the same people[s] as India but has not westernized/Christianized, may help explain its current troubles as a cohesive state, and again why Islam is only an abstraction when some Founders suggest it's as compatible with the Founding principles as any other religion.

I think I enjoy learning more about religions other than Christianity because you see just how different their course was (for good and bad) than the course which the Western world eventually took. It is for this reason that I agree with your final point.

With that said, I still think it's pretty clear that Hinduism managed to stay off the influences of the British. Not everything of course, but enough to keep their autonomy.

My professor on India actually gave me a pretty interesting article that is basically a dialogue between a Christian pastor and a Brahman priest. In it, the priest talks about how the Eucharist is an obscenity, due to the fact that one is eating flesh (a big "no, no" in Hindu theology). The Christian, try as he may, cannot get the Brahman to recognize just how "beautiful" it was to partake of the Lord's Supper. Instead, the priest essentially argues that he's not hungry, since Hindu doctrine teaches one to shun the physical. Long story short: both parties are never able to get on the same page.

I think that's a pretty good illustration of just how different these cultures are/were, in addition to how remarkable Roy really was for what he did.

As far as British/Christian influence on Indian culture is concerned, I think Roy answered this best when he stated,

Most Christian converts had been allured to change their faith by other attractions than by a conviction of the truth and reasonableness."</em