Poll Results: Who is the Best Historian of Early America?

The results of American Creation's first ever "scientific" poll are in. The question asked was, "Who is the best historian of early America?" 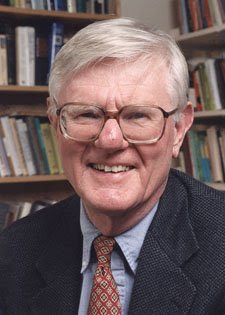 And the winner is...Gordon Wood!

With 28 out of 75 votes (37%) Gordon Wood topped the field. Here is a brief bio of Wood and some of his work, which can be found on his university website:

Gordon S. Wood is Alva O. Way University Professor and Professor of History at Brown University. He received his B.A. degree from Tufts University and his Ph.D. from Harvard University. He taught at Harvard University and the University of Michigan before joining the faculty at Brown in 1969. He is the author of many works, including The Creation of the American Republic, 1776-1787 (Chapel Hill, 1969), which won the Bancroft Prize and the John H. Dunning Prize in 1970, and The Radicalism of the American Revolution (New York, 1992), which won the Pulitzer Prize for History and the Ralph Waldo Emerson Prize in 1993. His most recent publication is The Americanization of Benjamin Franklin, which was awarded the Julia Ward Howe Prize by the Boston Authors Club in 2005. He is currently working on a volume in the Oxford History of the United State dealing with the period of the early Republic from 1789 to 1815. His new book, Revolutionary Characters: What Made the Founders Different, will be published in 2006. Professor Wood is a fellow of the American Academy of Arts and Sciences and the American Philosophical Society.

Coming is second was renowned historian Gary Nash, author of the book, The Unknown American Revolution, a "must read" for everyone interested in the history of this era. Nash received 17 votes (22%).

Coming in third was "other" (meaning another historian not on the list) with 13 votes, while Mark Noll finished 4th and George Marsden and Joseph Ellis tied for 5th.

Thanks you everyone for participating in this poll! Please check out and participate in the newest poll found at the top right of this blog!
Posted by Lindsey Shuman at 8:40 AM

Well, I personally think there are a ton of excellent historians of early America. It would probably be more appropriate to narrow down this question even more. After all, "early America" is quite a large era with a lot of historians producing excellent material on the topic.

With that said, I am cool with Gordon Wood winning. I've read a few of his books (Radicalism of the American Revolution being his best) and I have enjoyed them thoroughly.

Can't forget Forrest McDonald- Should be top of the list. .Scope of scholarship and depth of analysis unparalleled...an honest and courageous historian who tells it like it is; not not afraid to speak truth when historical winds are blowing the other way.
Book on Hamilton shows the greatest of both subject and utheor, with ample proof of both...Book on Jefferson makes clear that much about htis abstract ideologue that in his life did not fit his prounounements ...