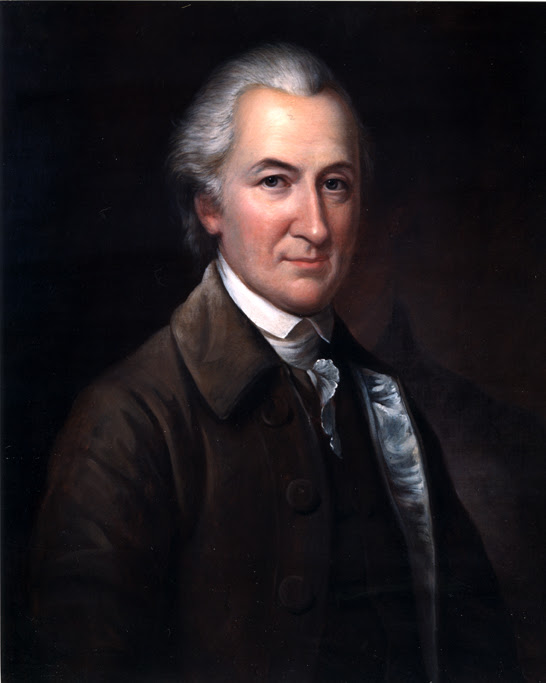 Happy 4th of July! Today is the day Americans commemorate the independence our nation, declared by that courageous band of Founding Fathers who met in Philadelphia and signed the document that declared our nation to be free and independent from the United Kingdom. One of the great Founders that summer in Philadelphia was John Dickinson, a statesman admired second only to Washington by the other delegates.

A Pennsylvania man, Dickinson had long written in defense of the American cause against parliamentary encroachments on the traditional rights of Englishmen that the American colonists had long enjoyed. Yet, as Wilfred M. McClay writes in this fascinating review of a recent biography of Dickinson posted  over at The American Conservative notes, Dickinson opposed the push for American independence for most of that summer and refused to sign the Declaration of Independence. Despite this opposition, when the Crown in Parliament pressed war upon the American nation, Dickinson took to the field and fought fiercely for American liberty, honor and life.

And in the course of Providence, Dickinson's refusal to go quickly along with the rush towards independence proved essential to the success of the American cause. As Daniel Foster explains in this post over at National Review Online, Dickinson's caution provided the time necessary for the Americans to adequately prepare for war with the greatest superpower the world had yet known at that time.

So, on this 4th of July, spare a moment or two to think about John Dickinson, probably the greatest Founding Father that almost nobody has heard of. A defender of American rights, then attacked as a Loyalist, then a solider in the cause of the Revolution, always a statesman who put love of country and need for order ahead of grant schemes and personal aggrandizement. A worthy model for Americans of any stripe, but especially for conservatives.  Here is a Founder who preferred the tried and the true to the novel and innovative, but who also understood that sometime reform, even radical reform, is necessary to preserve the established institutions and customs of a society based on law and traditional rights. And he was a proud patriot who shows that dissent, far from being a source of weakness to be extirpated, can give a nation an opportunity to become stronger and more able.
Posted by Mark D. at 3:40 PM

Good stuff. Gary Scott Smith has a chapter on Dickinson and his Quakerish religious views in the new book edited by Hall & Deisbach (and there's a chapter by Dr. Frazer as well).

Dickinson's religious views were certainly part of his initial hesitance to take up arms.

Sorry Mark and Jon - can't agree this is "good stuff." AC can do better.

The only salient point in the Daniel Foster blog is his critique of the "consensus historians, a group to whom he should add popularizers like David McCullough and Ron Chernow. But the thesis – all conservatives good, all radicals bad – is anachronistic and presentist in the extreme, while the “cough-Jefferson-cough” aside is infantile.

Foster’s two points are hardly noteworthy. First, I agree with the claim that John Dickinson remains the most underrated founder, and he should be (and has become) much more recognized and appreciated. Many have already made this point. What belabor it? Second, the author’s one-month delay thesis mistakes correlation for causation.

As for Dickinson, the key to understanding him within his own cultural, religious and political context is to appreciate Jane Calvert’s Liberty without Tumult: Understanding the Politics of John Dickinson. Dickinson’s Quaker constitutionalism was neither Tory nor Whig. www.jstor.org/stable/20093948

As Trevor Colbourn noted in his journal article, John Dickinson: Historical Revolutionary: “His major contribution to the American Revolution was in supplying a sustained historical justification for resistance to a mother country he believed had forgotten too much history. His keynote was the legal and historical propriety of resistance, and at the same time a warning to England of the risks her policies entailed. But conservative though he was, Dickinson became in a sense a prisoner to his own historical logic, a victim to his own historical persuasion. His hesitation upon the brink of independence came mainly from a lack of conviction on the positive political prudence of such a move at that moment. He knew too well the consequences of a rash neglect of prudence, and if George III was another James II, Dickinson had no overwhelming ambition to become another beheaded Duke of Monmouth.” www.jstor.org/stable/20089207

On property qualifications and the radical PA Constitution of 1776 via William Hogeland:
“In most of the important states, qualifications that prevented people without sufficient property from voting. But the thing that always gets overlooked in that context is that property qualifications were even higher in most places for holding office, so that even if property qualifications were sometimes eased for voting, holding office usually required a greater amount of property. So we can see how all of these mechanisms would tend to privilege elites in government and connect government to wealth. Pennsylvania was radical in 1776 for introducing a constitution that removed property qualifications both for voting and for holding office. For the first time, really, in any meaningful way, you had the ability, at least - it was often still difficult - but the ability, at least for ordinary people, to have a serious voice in government. One of the biggest things the Pennsylvania radicals in government did was to take away Robert Morris's bank charter. They said it was an elite organization dedicated to enriching the rich and didn't do anything for the people. One of the very purposes of the federal constitutional convention was to suppress populist efforts like the one in Pennsylvania.”
http://readersupportednews.org/opinion2/279-82/14974-william-hogeland-how-big-finance-won-the-american-revolution

I’ll leave you with this Hogeland observation, of which the blog by National Review is guilty: “The important point is that both liberaloid and rightist claims on founding positions are always, by nature, unnuanced, thus false, because the realities of founding positions don’t support anyone’s hopeful foregone conclusions regarding politics today.”
https://williamhogeland.wordpress.com/2011/08/21/constitutional-conservatives-v-constitutional-liberals/

It's always a leftist who's saying that, since modern leftism has no legitimate claim to the Founding.

Indeed, "living constitutionalism" is a BS way of claiming the constitution while demolishing its principles! Clever.

Tom - if you actually read what I quoted from Hogeland, he chastised contemporary leftists and rightists for misappropriating the founders. My point was that nobody is more guilty of this than Dan Forest's NR post cited by Mark.

Please move beyond Wikipedia and read (via Worldcat) Jane Calvert's "The Quaker Theory of a Civil Constitution," History of Political Though 27 2006): 586-619. What follows is a summary, none of which was mentioned by Dan Foster.

1) Quakers believed that a constitution (its founding principles, laws and the government itself) was ordained by God and therefore sacred, and should not be destroyed by humans. Dickinson revered William Penn’s Charter of Privileges (1701) for PA colony.
2) In spite of the sanctity of the constitution, it was not static; rather it was constantly evolving because it was sacred. Because humans are fallible and God’s will cannot be always be discerned by “the people,” change was a fundamental aspect of Quaker constitutionalism; the constitution had to be amendable.
3) Like the Whigs, Quakers believed that rulers had a tendency to overstep their authority and infringe upon the rights of the people. Unlike the Whigs, who sanctioned revolution, Quakers had different solutions to injustice, tyranny and oppression: dissent, civil disobedience, peaceful protest and peaceful redress of grievances. This process was exemplified by the painful but successful peaceful Quaker resistance to Restoration persecution, resulting in the Toleration Act of 1689.
4) Two examples of Dickinson’s politics in PA, and in conflict with Britain in the 1760, exemplify the Quaker theory of constitutionalism: 1) preservation of the 1701 Charter of Privileges against attempts by Benjamin Franklin and Joseph Galloway in 1764 to have it abolished and become a royal colony; 2) Stamp Act resistance through civil disobedience and peaceful protest. As Calvert noted, “these two episodes set the stage for the greater role Dickinson would play as the conflict with Britain intensified” in the 1770s.
5) Dickinson’s famous “Farmer’s Letters” were the fullest expression of his "Quaker theologico-political constitutionalism" (Calvert's inelegant label). They were not a call for revolution (hence the “Penman of the Revolution” moniker is misplaced); they were written to prevent revolution. Peaceful civil disobedience and nonviolent resistance though illegal, were constitutional; violent protest and revolution were not. Dickinson wanted to save the constitutional relationship between Britain and America as the best means to protect American liberty.
6) So, Dickinson’s political actions at the moment of independence were complex, and best understood in light of Quaker theologico-politics. After independence prevailed, Dickinson supported his country by fully taking up arms and working to create the Articles of Confederation, and when it failed, the Constitution (which he signed as a delegate from DE) because his priority was always the preservation of American liberties.

Dan Foster's failure to engage with any of this scholarship, or "nuance" in Hogeland's words, is why IMHO his NR blog post amounts to right-wing blather without any historical foundation.

My comment holds. It's the left who try to make the Founding irrelevant to the conditions of today. When you hear that stuff, it's coming from a lefty.

Rightly or wrongly, conservatives believe the Founding is on their side.