Was America Founded as a Christian Nation?

Was American Founded as a Christian Nation?

Lord knows our American Creation blog has spent so much cyberink about "Christian."  Do you have to buy into the whole deal, like Jesus is God, died for our sins?  Many did, but not all, by any means.

Do you have to go to Holy Communion, like George Washington mostly didn't?  Many didn't, not even most.

Or could you be a "Unitarian Christian," like John and Abigail Adams [if not perhaps John Locke himself], and you still believed that the Bible was Divine Writ and Jesus was the Messiah, just not the Second Person of the Holy Trinity?

And as they ask today of a sect that followed after the Second Great Awakening in the 1820s, Are Mormons Christian?

Or to be more precise, only God knows, to paraphrase John Locke's "Letter Concerning Toleration," because as he elegantly divined, "every church is orthodox to itself; to others, erroneous or heretical."  No humans can say for sure, not governments, not clergymen, not even [!] historians.


“We have already proved that the care of souls does not belong to the magistrate...No man can be forced to be rich or healthful whether he will or no. Nay, God Himself will not save men against their wills.”

The Founders agreed that there is a God.  One God, as a matter of fact.  But on the business of the next world, they decided not to make it an issue in this world---a wise choice, per the wise Mr. Locke.  By the time we define and redefine and accept or reject Joe, Jim or Brigham, the concept of "Christianity" becomes almost meaningless.
_____________________

Its borders?  Its government?  The sum of its laws?

Or is it something greater [or less]?  Its people, its culture, its ethos?  After all, France was still France whether under Louis XVI, the Directory, or Napoleon.  [Or under Hitler or Sarkozy, for that matter.  It was still France.]

Well, let's park this one at the curb.  But with the engine running, as it touches on both "nation" and "America."  America was America before it issued any documents.  Or money.  ;-)

Which brings us to "Founded."  What the hell does that mean?

Jamestown? Plymouth Rock?  The ratification of our Godless Constitution?  The Bill of Rights that came some months later as the promised payoff to the anti-Federalists?

As my pal Alexandrian asked about America's Birthday:


Choose one (or more if you can’t choose):


17 September 1774 when the Continental Congress promotes the forming of local militias,
9 February 1775 when Massachusetts was declared in rebellion by George III,
19 April 1775 when organized fighting began,
10 May 1775 when Congress declares a “state of defense,”
15 May 1775 when Washington was named Commander in Chief of the Army,
6 July 1775 when Congress approved the Declaration of Taking up Arms,
23 August 1775 when the King issued the Proclamation of Rebellion and Sedition,
12 April 1776-July when 90 state and local Declarations of Independence were issued starting with NC,
15 May 1776 when the Continental Congress declared that the “Crown should be totally suppressed.”
11 June 1776 when Congress formed a committee of 11 and instructed them to draft a declaration,
2 July 1776 when Congress formally votes independence,
4 July 1776 when the document stating the reasons for that vote was approved,
2 August 1776 when many say the document was actually signed though others disagree,
3 Sept 1783 when the Treaty of Paris was signed,
14 January 1784 when Congress ratified the treaty,
21 June 1788 when NH is the 9th state to ratify the Constitution, or
4 March 1789 when the new government under the Constitution begins.

Words and terms are supposed to make communication easier, but sometimes they just get in the way. 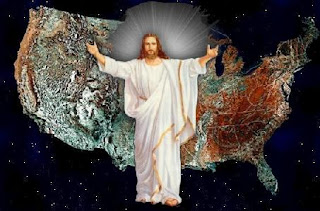 America, are you now or have you ever been founded as a Christian nation?

I think you asked the right questions.

Great article, Tom. You articulate well the problems of trying to label a nation according to a faith creed.

I think of John MacArthur, who as most of you know is a well-known Christian pastor and theologian today, when he says that no nation-state can accept Christ as its Lord and Savior. It just doesn't work that way, so it's improper to say that any nation-state is "Christian." By its nature, going back to the very root of the word "Christian" itself, it refers to individual followers of Christ, not countries.

And Britain has an official "Church of England" with the Queen as its head, but it's hard to think of the UK as a "Christian Nation" these days.

A "Muslim Nation" may be just as accurate. ;-P

Thanks for yout article.

This website was... how do I say it? Relevant!! Finally I have found something which helped me. Thank you!
http://memperbaikilaptopmatitotal.blogspot.com