We hear the Founders were "deists," whatever that means.  However, “Judeo-Christian” although it's a 20th century neologism, is a more accurate description.  The civic deity of America's "civil religion" has always been the God of the Bible, albeit Jehovah, not Jesus Christ [about whom they fought endlessly].


“May the same wonder-working Deity, who long since delivered the Hebrews from their Egyptian oppressors, and planted them in the promised land, whose providential agency has lately been conspicuous in establishing these United States as an independent nation, still continue to water them with the dews of Heaven, and to make the inhabitants of every denomination participate in the temporal and spiritual blessings of that people whose God is Jehovah.”---GWash, Letter to the Savannah Jews, 1790


You’ll even find the reputed infidels Jefferson and Franklin quite comfortable with the image of Jehovah as the Pillar of Fire leading the Israelites in the desert in their proposed design for the obverse of The Great Seal. 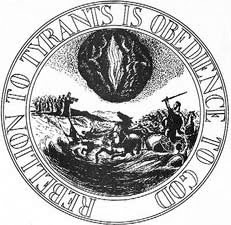 And even the [in]famous deist Ethan Allen reports in his autohagiography that he demanded the British surrender Ft. Ticonderoga “In the name of the Great Jehovah and the Continental Congress!”*

[The doctrinal weeds get tall pretty quickly on the Christ angle. Best to leave it be, as they did back then. Even though "Christ" makes an appearance in the Battle Hymn of the Republic, it's along with some Grapes of Wrath and a Terrible Swift Sword--not the cuddly Barney the Christosaur of our current era, but more like Jehovah, who after all, according to Trinitarianism is part of the same One God anyway.]

If you were to view "Judeo-Christian" as being synonymous to "Christian Jew," then you could trace that concept back to at least the early eighteenth century with the famous Dialogue Between Philalethes a Christian Deist, and Theophanes a Christian Jew.

For an additional quote in support of your position, you could add this one from John Adams:

I will insist that the Hebrews have done more to civilize men than any other nation. If I were an atheist, and believed in blind eternal fate, I should still believe that fate had ordained the Jews to be the most essential instrument for civilizing the nations. If I were an atheist of the other sect, who believe or pretend to believe that all is ordered by chance, I should believe that chance had ordered the Jews to preserve and propagate to all mankind the doctrine of a supreme, intelligent, wise, almighty sovereign of the universe, which I believe to be the great essential principle of all morality, and consequently of all civilization.

Spot on, Fortenberg. And let's not forget the 1819 letter to Zionist Mordecai Noah from the Joe Biden of the American Founding, John Adams:

"I really wish the Jews again in Judea an independent nation. For as I believe the most enlightened men of it have participated in the amelioration of the philosophy of the age, once restored to an independent government & no longer persecuted they would soon wear away some of the asperities and peculiarities of their character [and] possibly in time become liberal unitarian Christians for your Jehovah is our Jehovah & your God of Abraham Isaac & Jacob is our God."

John Adams, the biggest twit of his generation, God love him.

Who are those who are included in salvation? All men who believe and obey what the apostle Peter preached on the Day of Pentecost are saved. It does not make any difference what denominational name is written on the church building where you worship, if you obey the gospel preached by Peter, then, you are saved, you are a member of the Lord's church, you are part of the church of Christ, you a member of the body of Christ, you are a Christian.

This is the same message Jesus preached. (Mark 16:16 "He who believes and is baptized will be saved....)

All who meet the terms for pardon are saved regardless of the denominational name on the church building.


YOU ARE INVITED TO FOLLOW MY CHRISTIAN BLOG. Google search >>>steve finnell a christian view

Steve, thanks for stopping by. Salvation--soteriology--is above our pay grade at this history blog, and we mostly agree that the Founders decided not to let the question of heaven divide us here on earth.

Their wisest decision of all, IMO. As John Locke put it, our government can't save our souls anyway.