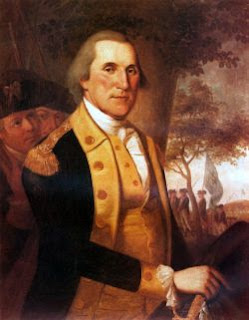 You've heard the phrase "the gift that keeps on giving." Those of us living in the United States continue to enjoy two wonderful Christmas gifts bestowed upon our nation over 200 years ago, and both gifts come to us from George Washington.

The Indispensable Legacy of George Washington

Those of us who live in the United States of America take many things for granted. Among them is the fact that we live in a sovereign nation, which enjoys a routine and peaceful transfer of power. Another is that we have a military that is subordinate to civilian authority. No nation is perfect, and the United States has obviously endured a bloody civil war as well as its share of corruption, bigotry, discrimination, etc. Yet, the United States has achieved a stunning degree of stability and prosperity that many other nations of the world could only dream of, and it has done so in a relatively short amount of time. While no individual is single-handedly responsible for all these things, I would like to suggest that one man does stand head and shoulders above the rest in having made not only a noticeable contribution, but an indispensable one. He didn't do it alone, but it's hard to imagine others making the contributions as well as he did in his stead. In every sense of the term, George Washington is indispensable to American history.

Two hundred thirty-five years ago this night (December 25) at 11pm, General George Washington led 2,400 men in a desperate, all-night crossing of the icy Delaware River. Washington's audacious attack routed the Hessians the next morning at Trenton, literally saving the American Revolution. If Washington had not rolled the dice to attack the Hessians, it's likely the American Revolution would've fizzled in 1777. His army was about to disintegrate due to desertions and the expiration of enlistments. In fact, Washington had already lost close to 90 percent of his army as it was battered, humiliated, and chased out of Long Island. The American Revolution was all but over. Washington himself had written his brother that the "game" was just about "up." There's a reason why he chose "Victory or Death" as the password that night. He knew that if he did nothing, the Revolution would fail. And he knew that if he did something bold and failed, the Revolution would fail. He absolutely had to win at Trenton. And he did. 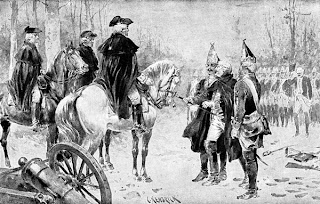 As historian David Hackett Fischer rightly says of the Battle of Trenton: "No single day in history was more decisive for the creation of the United States than Christmas 1776." It was one of two Christmas gifts George Washington gave to the United States of America. We are still enjoying the gift today.

In December 1783, with the completion of the Treaty of Paris which formally concluded the American Revolution and after talking down a would-be coup d'etat at Newburgh, Washington found himself in a position of being able to retire and go home with honor. Washington had already resisted the suggestion that he become dictator or king. With the Treaty of Paris confirmed, the war had been won. The United States had been granted its independence. And it set the stage for what historian Stanley Weintrab calls Washington's "Christmas Farewell."

When General George Washington resigned his commission before Congress on December 23, 1783, he did what few revolutionary leaders had ever done or have done since. He became, as one historian put it, one of the only leaders of an armed revolution to leave power "vertically instead of horizontally." When King George III heard of Washington's resignation, he called him "the greatest man alive" or "the greatest character of his age."

Americans today take for granted a military that is subordinate to Constitutional and civilian authority. This is not so in other nations of the world. In fact, it wasn't even the case with civilizations that our Founders partly modeled. Romans, anyone? Yet we take for granted that our military leaders will follow orders and respect civilian leaders, no matter how much they may disagree with those civilian authorities. This is in large part due to Washington's example...his legacy. 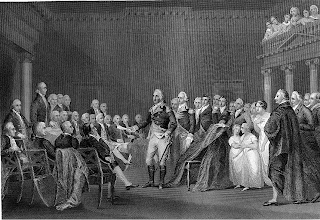 What's more, the entire concept of a peaceful transfer of power is something ingrained in our nation's DNA. It was put there by George Washington! He did it the first time in December 1783 and, again, in the mid-1790s after serving two terms as President of the United States.

The Greatest Character of His Time (and Arguably Ours)

Even the two "Christmas gifts" I've mentioned only speak to part of Washington's legacy. I alluded to Newburgh, without going into any detail. What Washington did at Newburgh alone was of supreme importance to the future of the United States. For that alone, he deserves every monument erected in his honor and every road or school that's been given his name. When you add the other things as well, his legacy is overwhelming and virtually unimpeachable. No other figure in U.S. history comes close. George Washington is the greatest and most indispensable leader in American history, and he's one of the greatest human beings to have ever lived.