Edmund Genet and the "Conspiracy" to Destroy America 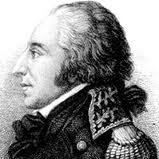 One of the few consistent truths throughout the course of United States history has been that Americans of all generations have believed that conspiracies to thwart their freedom lurk around every corner and under every rock. Whether it takes the form of Catholic incursion or McCarthy communist witch hunts, Americans have always been on the lookout for the next big threat to our seemingly fragile republic.

And our founding generation was no different.

During the early years of the new American republic, scandals and conspiracies against the infant republic were a regular fixture in the halls of government. Divisions between those who supported a strong federal government (the Federalists) and those for limited centralized power (the Democratic-Republicans) created a rift in the political arena that seemed to grow with each passing day. Issues such as the Jay Treaty, which created an economic alliance with Britain over France, had caused an uproar amongst Democratic-republicans that only intensified with the later election of Federalist John Adams. For Democratic-republican leaders like Thomas Jefferson and James Madison, the cause of France was the cause of America. They passionately believed that America needed to throw its weight behind the French cause, which was rapidly moving toward revolution itself. In their minds, to deny the French would be treasonous against the very ideals of the American Revolution itself. And as war between England and France continued to become more of a reality, America's economic and political preference with the British made relations with the French extremely tense.

The arrival of Edmond Genet as French ambassador to the United States in 1793 only intensified the ongoing political battle. Genet had been sent to America in an effort to garner support for the French cause. Democratic-republicans like Jefferson were initially ecstatic over Genet's arrival. As Gordon Wood points out in his book, Empire of Liberty:

He [Genet] landed in Charleston, South Carolina, in April 1793, and in his month long journey north to Philadelphia he was everywhere greeted with warmth and enthusiasm. Americans sang "Marseillaise," waved the French revolutionary flag, and passed liberty caps around. Some Federalists thought the French Revolution was being brought to America. Later in his life John Adams still vividly recalled the frenzied atmosphere of "Terrorism, excited by Genet," that ran through the nation's capital in the late spring of 1793. "Ten thousand People in the Streets of Philadelphia, day after day, threatened to drag Washington out of his office and effect Revolution in the Government, or compel it to declare War in favour of the French Revolution, and against England" (185-186).

Perhaps nobody was as excited to see Edmund Genet as was Thomas Jefferson. In a letter to his friend James Madison, Jefferson attacked President Washington's quest for neutrality, stating that Genet's intentions (and the larger French intentions) were as pure as the driven snow:

"It is impossible for anything to be more affectionate, more magnanimous, than the purpose of Genet's mission. He [Genet] wishes to do nothing but what is for our own good and we should do all in our power to promote it." (Jefferson to Madison, May 19, 1793).

For Federalist leaders like Alexander Hamilton, Genet's arrival was not met with the pomp and circumstance afforded it by the Democratic-republicans by instead with a deep sense of concern. As Ron Chernow points out in his autobiography on Hamilton:

Where others saw camaraderie and high spirits, Hamilton detected an embryonic plot to subvert American foreign policy. The organizers of Genet's reception "were the same men who have been uniformly the enemies and the disturbers of the government of the U[nited] States."

In private talks with George Hammond, Hamilton promised that he would vigorously contest efforts to lure America into war alongside France. He also predicted that the United States would extend no large advances to the revolutionary government, and he delayed debt payments owed to France. In a dispatch to London, Hammond noted that Hamilton would defend American nutrality because "any event which might endanger the external tranquility of the United States would be as fatal to the systems he has formed for the benefit of his country as to his...personal reputation and...his...ambition." (Chernow, Alexander Hamilton, 439).

And Hamilton wasn't alone in his disdain for the French ambassador. After observing Genet's antics, President George Washington commented:

"Is the Minister of the French Republic to set the Acts of his Government at defiance, with impunity? and then threaten the Executive with an appeal to the People? What must the world think of such conduct, and the Government of the U. States in submitting to it?"(Elkins and McKitrick, Age of Federalism, 351).

For the Federalists, Genet's arrival was seen as a precursor to an even deeper plot to undermine the sovereignty of the new American republic. In a very real sense, Hamilton (and other fellow Federalists) saw Genet's presence in America as a possible foreshadowing of the French guillotine, which would sever not only the heads of Federalist leaders, but would destroy everything the revolution had created. As historian Paul Newman, author of the book, Fries's Rebellion points out:

"The Republican leadership, men like Jefferson and Madison, were not the Hamiltonians’ greatest fear. What frightened them most was the popular following the two Virginians and their newfound French ally attracted, and the fact that citizens had begun to publicly criticize and directly oppose Federalist policies" (52).

The following clip from HBO's John Adams miniseries helps to illustrate some of the tensions that Genet's arrival had caused:


In the end, it would be Genet's arrogance and lack of foresight that would be his undoing. The harsh tone in both his letters and speeches against the American government ended up costing Genet not only his American allies but his French support back home as well. Instead of coming off as the great "citizen of world liberty", Ambassador Genet became a liability. In addition, the American populace was beginning to see that the French Revolution was not as similar to their own as they had once thought. And as the French Jacobins seized power in 1794 (and demanded the return of Genet to France to face execution) the former French ambassador was forced to plea for asylum from the very government officials he had once opposed. Coincidentally, it was Hamilton, Genet's fiercest opponent, who advocated for Genet's asylum in the U.S. Genet lived out the rest of his life as a humble New York farmer.

And the republic, despite all of the threats to its security, lived on...happily ever after.
Posted by Brad Hart at 4:01 PM

Thanks for this enlightening essay on Genêt. I am intrigued by the history of subversive groups in the USA.