Thomas Jefferson on the Bible in Public School 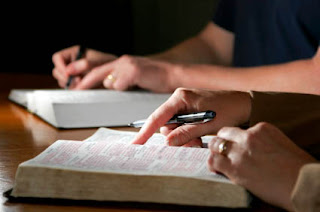 We’ve all heard it said that our Founding Fathers would be appalled at the fact that religion – particularly the Bible and other Christian teachings -- has been removed from the public school system’s curriculum. Over the years, a number of Christian enthusiasts have fought tirelessly for the inclusion of prayers in school, classes on the Bible, etc. To lend support for these causes, a number of "Christian Nation" apologists have appealed to the legacy of our Founding Fathers and their alleged loyalty to the Holy Scriptures. The ultra conservative Christian group, Wallbuilders is a perfect example of this phenomenon. On their website, they point to the establishment of the American Bible Society as evidence that our nation’s founding was based on biblical doctrine. In addition, Wallbuilders makes the claim that, “the signers of the Declaration of Independence firmly believed in the Bible as the primary text in America’s schools.” [1]

And while there were a number of signers to the Declaration of Independence that believed in making the Bible the premiere text for American schools, many were against such an idea. After all, the teaching of the Bible in a school setting brought up a number of church/state issues that have continued to our present day.

The foremost advocate against the use of the Bible – as many of you can easily imagine – was none other than the Declaration’s author, Thomas Jefferson. As we all know, Jefferson was a passionate proponent for religious freedom and the separation of church and state. In addition, Jefferson was also a devout supporter of education reform. Jefferson believed that a secularized education, free from the shackles of religious piety would create a superior learning environment. It was largely due to this conviction that Jefferson established Mr. Jefferson’s University, or the University of Virginia as it is known today.

For Jefferson, the instruction of biblical or Christian doctrine took a back seat to the more important lessons of ancient history and philosophy. As Jefferson stated:

“Instead therefore of putting the Bible and Testament into the hands of the children, at an age when their judgments are not sufficiently matured for religious enquiries, their memories may here be stored with the most useful facts from Grecian, Roman, European and American history.” [2]

A number of Christian apologists – David Barton in particular – have insisted that Jefferson not only supported the study of the Bible in public schools, but in fact participated in its teaching. This myth is not only the result of over enthusiasm, but also the result of poor historical research and knowledge. As Jim Allison states:

"On page 130 in his The Myth of Separation, David Barton makes the following claim:

'Thomas Jefferson, while President of the United States, became the first president of the Washington D. C. public school board, which used the Bible and Watt's Hymnal as reading texts in the classroom. Notice why Jefferson felt the Bible to be essential in any successful plan of education: I have always said, always will say, that the studious perusal of the sacred volume will make us better citizens.'

Barton's reference for Jefferson's service on the Washington D. C. school board is J. O. Wilson, "Eighty Years of Public Schools of Washington," in the Records of the Columbia Historical Society, vol. 1, 1897, pp. 122-127. Barton's quotation from Jefferson is taken from Herbert Lockyear, The Last Words of Saints and Sinners, 1969.

Apparently, Barton wants us to conclude that, since Jefferson was president of the board for a school system that used the Bible for reading instruction, he must have approved of using the Bible in this manner. In fact, some readers of this web site have claimed in their e-mail correspondence with us that Jefferson requested the Bible to be used for reading instruction. But nothing in Barton's source supports either of these claims. In fact, Barton's source suggests that someone other than Jefferson was responsible for introducing the Bible into the schools, and that this policy was adopted after Jefferson had left Washington for retirement in Virginia. Here are the facts:

On September 19, 1805, toward the end of Jefferson's first term as President of the United States, the board of trustees of the Washington D. C. public schools adopted its first plan for public education for the city. Given its resemblance to a similar plan proposed several years earlier by Jefferson for the state of Virginia, Wilson (Barton's source) suggests that it is likely that "he [Jefferson] himself was the chief author of the...plan." The plan called for the establishment of two public schools in
which:

...poor children shall be taught reading, writing, grammar, arithmetic, and such branches of the mathematics as may qualify them for the professions they are intended to follow, and they shall receive such other instruction as is given to pay pupils, as the board my from time to time direct, and pay pupils shall, besides be instructed in geography and in the Latin language.

As you can see, there is nothing in this plan that mentions religious education or the use of the Bible in reading instruction. Nor, we might add, was the Bible mentioned in any of Jefferson's plans for public education in the state of Virginia, either before or after his presidency (check out an extract from Leonard Levy's book Jefferson and Civil Liberties: The Darker Side for documentation on this point). There is nothing, absolutely nothing, in Barton's source that connects Jefferson to the practice of Bible reading. So how did the Bible come to be used in the Washington public schools? Remarkably, Barton's own source provides an answer to that question." [3]

Barton seems to have withdrawn two major bones of contention in the article.

“the signers of the Declaration of Independence firmly believed in the Bible as the primary text in America’s schools.” [1]


no longer appears in the Aitken Bible article, and I couldn't find it using the search function on the website.

"I have always said, always will say, that the studious perusal of the sacred volume will make us better citizens.'"

is now on his list of "Unconfirmed Quotations," which he says should not be used.

I like Jim Allison's work a lot, but this is a bit out of date.

Yeah, this is out of date. I wrote it back in 2008 but figured I would post it, since I haven't been very active the past couple of weeks. =)

This information aboveon this site, in conjuction with Jefferson's letter dated october 7th 1822 to the literary fund of the University of Virgina, giving his recommendations, as President of the University of Virgina, that the students be allowed to meet on the campus to pray, worship together, and meet with their professors to pray fills in the intent of Jefferson and clears up his intent.