Who is a Christian? 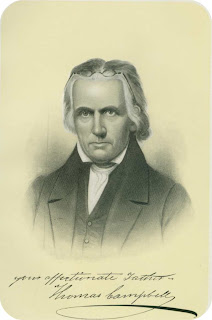 Guest Blogger Dr. Robert Cornwall
on What Qualifies one as a Christian

***Hello everyone. In light of the recent debates on this issue, Pastor Robert Cornwall has sent me the following material. Dr. Cornwall (who's blog can be found here) originally posted this on his personal blog, but was kind enough to send me the link for use here at American Creation. Enjoy!***

It seems that we are all eager to put up our fences, marking who is in and who is out. With a new President about to take office, there are those who wish to challenge his own confession of faith. From their vantage point, Barack Obama isn't a Christian because he has made statements that don't accord with their definition of a Christian. For some, the defining code of belief is the Nicene Creed, for others its the Westminster Confession, or the confession printed on their church bulletin. For many, this definition can get rather narrow. Their list of essentials growing longer by the day.

Over at American Creation, a blog that debates questions of the religious nature of American origins, this conversation is ongoing, and many definitions have been offered.

For my part I'd like to throw in this definition that was written nearly two centuries ago -- published on September 7, 1809. The author of this statement was Thomas Campbell, father of Alexander, and one of the co-founders of the Movement that spawned my denomination. Reflecting the ethos of the day, along with his own studies of John Locke and the Scottish Common Sense philosophical tradition, Campbell issued his Declaration and Address. This document was designed to lay out a play for Christian unity on the American Frontier, which at the time was the Pennsylvania/Ohio border.

I offer up this definition, the first of thirteen propositions that defined a path toward Christian unity.

PROP. 1. That the Church of Christ upon earth is essentially, intentionally, and constitutionally one; consisting of all those in every place that profess their faith in Christ and obedience to him in all things according to the Scriptures, and that manifest the same by their tempers and conduct, and of none else; as none else can be truly and properly called Christians.

Note the foundation -- faith in Christ and obedience to him in light of the Scriptures. It is a combination of confession and behaviors. The creed is brief and could be seen as relatively open. Note to that this confession is set in the context of the church, which Campbell believed was one not only in "invisible" sense, but in a very tangible sense.

So, who is a Christian? How should we make the judgment? Who is empowered to make such a decision?
Posted by Lindsey Shuman at 11:14 PM

Interesting post, Dr. Cornwall. But I do wonder what Thomas Campbell would think about Jehovah's Witnesses, Mormons and the other "heretical" forms of Christianity that exist today. Would they be considered Christians by this definition? When he speaks of "obedience to him [God] in all things according to the scriptures," which scriptures are we talking about? Also, I would be interested in knowing what Campbell thought of the BILLIONS of humans throughout the world who never were/are Christians. What is to become of them? Would Campbell suggest that Gandhi will burn in hell for not being a Christian?

Thanks for the post. I hope I am not coming across as critical. I would just like to know a little more.

On the Mormons, I can say he believed they were beyond the pale of the faith. Part of his response was due to the fact that Sidney Rigdon had been a leading Disciple Preacher before converting to Mormonism and becoming a leading member of that movement.

He had a big tent view, but not that big.

.
From my experience, having been raised in a Fundamental Baptist church, Campbell's definition is pretty well accepted by most deep water types.
.
But, the sparks fly when it comes time to agree on how "... obedience to [Christ] in all things according to the Scriptures..." unfolds.

Since when in the history of Christianity has there ever been a consensus on "obedience in all things according to the scriptures?"

.
.
Ha ha!
.
In fact, it has come to the point that even people who don't profess to be Christians get into intense arguments about it. : Check this site out for an example

One thing to remember about Campbell's view -- he was a follower of Locke and the Scottish Common Sense Realism, thus he believed that if one let go of one's preconceived notions -- that is if one will let go of one's theological systems -- one should be able to agree on that which is essential. Of course, we descendants of Stone and Campbell have struggled with this ever since!

Regardless, it seems that non-creedalism quickly becomes anti-creedalism, which is a creed of its own.

And as Jon Rowe pointed out in another context, sometimes the search for a common denominator yields the result of zero, where anything goes, and all differentiation is lost. That was pretty much the case of what was the Christian unitarianism of the Founding era, which through merger and decline, became today's Unitarian Universalism. I ran across the blog of one pastor who said he counted only two theists in his congregation, and they're background was Hindu!

There's an interesting tension in the American version of Christianity, and a productive one, I think, something Madison probably would have liked, and Adam Smith, too.

American Christianity has from the first been a polyglot of not only doctrinal tensions [Eucharist, baptism], but of the philosophy of theology as it were---Does faith alone save? Water and the Spirit? Making your Easter Duty?

Moreover, what is the role of reason? Is "common sense" what Founder James Wilson called the "moral sense," or is it closer to that of the pagan Greeks, who saw such differences in the abilities of men that some were obviously "natural slaves?"

The internet tells me that the Disciples of Christ have favored ecumenicalism [ecumenicism] lately, seeking common ground with other Christian sects. [So do the papists, BTW.]

This is an interesting illustration of the superiority of pluralism over "unity," in my view, if "unity" is agreement and pluralism is the agreement to disagree. In the latter case, differing views survive to battle it out where in the former, the differences are simply ignored.

The funny thing about differing views is that on the whole, even if it takes a thousand or two or three years, the best seem to take hold and the less best wither away.

I would think that an impartial observer would conclude that after 500 years, although Martin Luther, et al., split from the Roman Catholic Church, he and they had such a gravitational effect on the RCC on its flaws and the need for reform that they enjoy enough proximity now to even be ecumenical, as their agreements, especially in 2008, far outweigh [OK, OK, gravitation is an effect of mass, not "weight," but you know what I mean] their squabbles.

Now, America as a "melting pot" is an appealing metaphor and works on any number of levels, perhaps even when it comes to the "publick religion."

There are those of us [some of them comment here] who see themselves as the Biblical Shadrach in the furnace, where their theological purity cannot be melted down despite the workings of the state [Nebuchadnezzar]. This is cool, in its way.

I prefer to think of it all as not a melting pot or a furnace, but as a distillery, where all the useless stuff gets boiled away and what's left can get you really high.

Perhaps in the end, the worst vodka's the same as a fine bourbon, or Pastor Cornwall, even a single-malt Scotch. Is that ecumenical enough?

There is one current unitarian figure Tom who I think you'd like. His name is Forrest Church and he wrote a pretty good recent book on the FFs and religion (I read much of it at Borders; I don't own a copy). He is a theist and currently he is dying of cancer (and it's miraculous that he's lived as long as he has). But expect his death soon. There are some nice sermons of his on death given on YouTube if you are interested.