The "Other Guy" Assassinated 50 Years Ago Today

***I realize that this post doesn't have anything to do with America's founding, but in light of today's anniversary I think we can make an exception.  Cross-posted at my personal blog*** 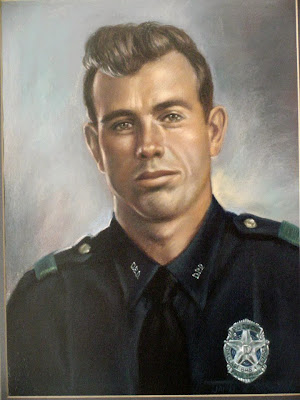 In the early afternoon hours of November 22, 1963, the Dallas Police Department received word that President John F. Kennedy had been shot. Details were sketchy, but early reports stated that the alleged gunman was a slender white male, in his mid-thirties, about 5'10' and 175 lbs (Oswald was 24 years old, 5'9'' and 150 lbs).
Responding to the call that afternoon was Officer J.D. Tippet, an 11-year veteran of the Dallas Police Department.  Tippet was also a U.S. Army veteran, a husband and a father of three children (at the time ages 14, 10 and 5).

According to official police reports, along with reports issued by the Warren Commission, Tippet responded to a radio call to help set up a perimeter around the central Oak Cliff area, just outside where President Kennedy had been shot.  While in route to the area, Officer Tippet pulled alongside a pedestrian who resembled the vague description of the gunman that had been provided just minutes prior.  According to witness reports, Officer Tippet opened the door of his patrol car and exchanged words with the man.  Just seconds later, witnesses stated that the man suddenly drew a handgun and fired three shots at close range, all of which struck Officer Tippet in the chest.  The gunman then approached Officer Tippet, who had fallen from the first three shots, and fired a final round into his head.  Officer Tippet was dead before help arrived.

Shortly thereafter, responding Dallas police officers took a young man named Lee Harvey Oswald into custody.  It was reported that Mr. Oswald was "acting suspiciously" when approaching units arrived in the area.  After finding his gun and obtaining positive witness identification that he was indeed the shooter, Dallas Police arrested Lee Harvey Oswald for the murder of Officer J.D. Tippet.

It wasn't until later that police officers and Secret Service personnel were able to piece together the facts and conclude that Oswald was indeed the man who had assassinated President Kennedy. Had it not been for the quick response and thinking of Officer J.D. Tippet, who stopped Oswald just 20 minutes after having shot Kennedy, Oswald might have had the serious chance of fleeing from Dallas before being caught.

Kudos to a forgotten hero who gave his life but in the process caught one of the most notorious villains in American history. 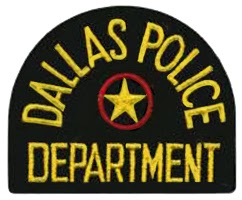 I didn't know about the final kill shot to the head. I had always thought that Oswald simply panicked. Any sympathy for Oswald that he was kind of mentally ill is impossible. Good essay, Brad.