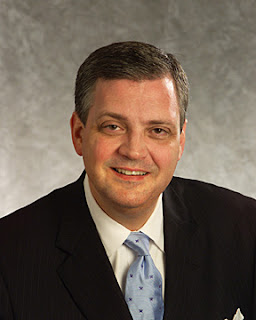 Many conservative Christians are outraged that Barack Obama would say the United States is not a "Christian nation." For many Christians, Obama's statements in Turkey are a repudiation of the Founding Fathers, a betrayal of America's culture, and a public disavowal of Christianity itself.

Not so with R. Albert Mohler, the president of the flagship seminary of the Southern Baptist Convention and the man Time calls the "reigning intellectual of the evangelical movement." Mohler is no liberal. He's a diehard conservative - politically and theologically. And on the subject of Obama's comments, he is correct.

"There is indeed a controversy over whether it is appropriate to call America a Christian nation in the sense that Americans would even make such a claim -- but the context in Turkey and the Muslim world is very different. Do American Christians really believe that Christianity benefits by being associated with all that America represents in the Muslim world? To many Muslims, America appears as the great fountain of pornography, debased entertainments, abortion, and sexual revolution. Does it help our witness to Christ that all this would be associated in the Muslim mind with "Christian" America?

"Beyond any historical doubt, the United States was established by founders whose worldview was shaped, in most cases quite self-consciously, by the Christian faith. The founding principles of this nation flow from a biblical logic and have been sustained by the fact that most Americans have considered themselves to be Christians and have operated out of a basically Christian frame of moral reference. America is a nation whose citizens are overwhelmingly identified as Christians and the American experiment is inconceivable without the foundation established by Christian moral assumptions.

"But America is not, by definition, a Christian nation in any helpful sense."

America has never been, and will never be, a “Christian” nation in any significant sense. Among other things, America, like every other fallen, demonically-oppressed nation (see Lk. 4:5-7; 2 Cor. 4:4; I Jn. 5:19; Rev. 13), is incapable of loving its enemies, doing good to those who mistreat it or blessing those who persecute it (Lk. 6:27-35). By applying the term “Christian” to America, we’ve massively watered down its meaning — which undoubedly helps explain why the vast majority of American Christians assume being “Christian” is perfectly compatible with hating and killing your national enemies if and when your earthly Commander and Chief asks you to. The sooner the label “Christian” gets divorced form this country, the better. It provides hope that someday the word “Christian” might actually mean “Christ-like” once again.

The “Christian” element of American culture was never deeper than the thin veneer of a shared civic religion. A major problem Kingdom people have faced on the mission field of America is that the majority of people mistook the civic religion for the real thing. So it is that so many think that being “Christian” is focused on preserving the civic religion (e.g. fighting for prayer before sports events, keeping the ten commandments on government buildings, holding onto a “Christian” definition of marriage within our government, etc.). Not only this, but this veneer of Christianity causes Jesus followers not to notice the many ways foundational assumptions that permeate American culture are diametrically opposed to the values of the Kingdom. If the civic religion of Christianity were to die, Kingdom people would be less tempted to associate Christianity with symbolic civic functions and would become more aware of how the Kingdom sharply contrasts with foundational aspects of American culture.

These gentlemen are arguing theologically, Mohler's point being very nuanced.

He touches on my previous comments about the Treaty of Tripoli and President Obama's remarks, what the words "Christian nation" might mean to a Muslim audience---which is basically the crusades, and the two religions locked in a civilizational deathstruggle.

His remark that calling America a "Christian nation" isn't "helpful" must be viewed in this context.

So too context is necessary for Greg Boyd---he's the type of evangelical who would get an invitation to appear on Bill Moyers' show as putatively representative of evangelicals. But for every Boyd, there are a hundred other pastors who disagree strongly.

So too context is necessary for Greg Boyd---he's the type of evangelical who would get an invitation to appear on Bill Moyers' show as putatively representative of evangelicals. But for every Boyd, there are a hundred other pastors who disagree strongly.

Granted, he might not represent a "majority" of evangelicals (depending upon how the term "evangelical" is defined), but (a) he's far from a leftie, and (b) there is a significant block (and increasingly represented amongst younger evangelicals) that do share his sentiment…

It seems that you wish to narrow and hone definitions to suit your biases and reject any manifestations that challenge your rigid, preordained orthodoxies.

Tom's right in that Boyd is not representative of a majority of evangelical pastors.

Mohler is a different story. He is VERY representative of evangelical America, including and especially evangelical pastors. He's one of the major leaders of the SBC, the nation's largest "Protestant" denomination.

Tom is right that Mohler's position is nuanced. Basically, Mohler is saying that, as a "nation-state," the US is NOT a "Christian" nation (and both Obama and the Treaty of Tripoli are correct to say this), but the US was founded on Christian principles. That's Mohler's position.

And it's mine as well.

Mohler is a different story. He is VERY representative of evangelical America, including and especially evangelical pastors. He's one of the major leaders of the SBC, the nation's largest "Protestant" denomination.

Your opinion. Your perspective.

Yes, a majority. Far from "VERY representative" however… …SBC not the be all and end all of evangelical worship in America.

Time magazine ranked Mohler as among the "25 Most Influential Evangelicals in America" and has called him the "reigning intellectual of the evangelical movement."

I'm not anti-Boyd. I actually agree with him on many things. (I love his Letters from a Skeptic book, btw).

I'm simply saying that Al Mohler has a larger following in evangelical circles than does Boyd, and that the evangelical community is closer in agreement with Mohler on this issue than they are with Boyd.

Nonsense. Japan, Germany, the Marshall Plan. The Mouse That Roared.

And Mr. Daum, if you're going to prop up Greg Boyd and his "open theism" as Christian [many "orthodox" find him plainly heretical], you certainly should be open to a looser definition of "Christian" when it comes to the Founders. Play by your own rules.

And it's really not necessary to charge the other fellow with bias, or that all arguments and facts you find uncomfortable can be dismissed as simply "opinion."

That said, I find "open theism" interesting, it seems not far from Alfred North Whitehead and Teilhard de Jardin. Although not its normative Thomistic metaphysics, the Roman Catholic Church has not shut the door on Teilhard.

I think if you listen closely to Mohler, his statement is rooted in terms of the Christian witness. Although I rarely agree with him, he's exactly right -- if we seek to bear witness to the gospel of Jesus it does us not good to have the gospel directly linked to any nation state.

Now, as far as the question of what values upon which the nation was founded, I think it's best to say that there were a number of streams of thought, not all of which were either Jewish nor Christian in origin.

There are biblical values that influence the American founders, but there is also the influence of the Enlightenment, of Locke (who was a Christian, though his "orthodoxy" was questioned in his own day), but also Greek and Roman thought as well. Remember there is no democracy to be found anywhere in the bible -- at least on the political level!

I hope you'll stick around, Pastor Bob. Many of the points you raise are examined in depth around here. You might find John Locke's remark that all the ancient philosophers [i.e., Greeks, Romans] had never come up with a philosophy as comprehensive as Christianity interesting and probative.

In case you missed it, I referenced you and your blog the other day, as to "Who is a Christian?" and your response as to Matthew 16:16. I came down on your side, if it's OK with you to be called a Christian.

The question of democracy and how a "witness" should conduct his- or herself politically can be viewed in terms of us being citizen-rulers. We're stuck---invested---with political authority now, and cannot run from the responsibility and obligation that ensues.

I agree that Christianity is among the "streams of thought" that informed the American founding. I would say it was an extremely significant one, but not the only one. On that, we concur.

.
Thanks for putting your post up, Brian.
.
I agree with Mohler.
.
By the way, I'm well into this book by Barry Alan Shain..
.