Santa Fe, Catholicism, and the Pitfalls of Fundamentalism in America's Founding 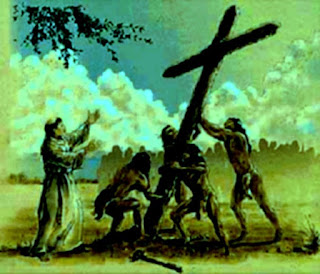 A few weeks ago, my wife and I decided to take advantage of an extended weekend by traveling to Santa Fe, New Mexico. In addition to the unbelievably awesome Mexican food, Santa Fe is also home to a number of fascinating historical monuments that predate the founding of the United States by more than a century.

Many Americans are probably unaware of the fact that Santa Fe is the second oldest city in the United States (St. Augustine, Florida is #1). Founded officially in 1607, Santa Fe became a haven for Catholic colonists who were determined to convert the local Pueblo Indians and extend the church's influence to the New World. Early Spanish settlers saw Santa Fe as an important outpost that served as an important launch pad into the rest of the North American continent. A number of relics from this time period still remain even today, to include the oldest church in the United States: La Mision de San Miguel.   Here are just a few pictures from our weekend excursion: 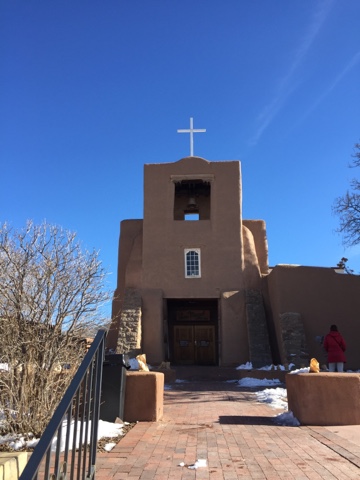 The outside of La Mision de San Miguel, which is the oldest church in the United States. 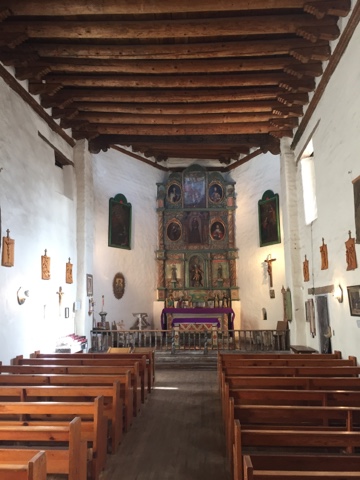 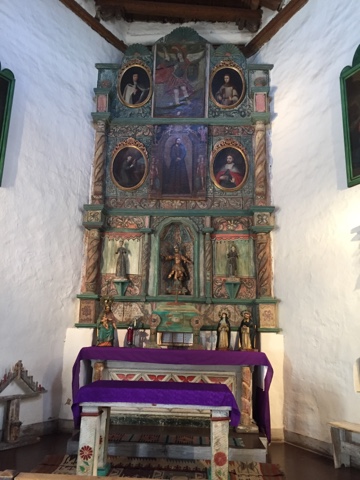 The altar of the church, which is built directly over a number of older Native American holy sites.  The altar itself and the artwork were built in 1735, since much of the original church was destroyed by Indians during the Pueblo Indian Revolt of 1680. 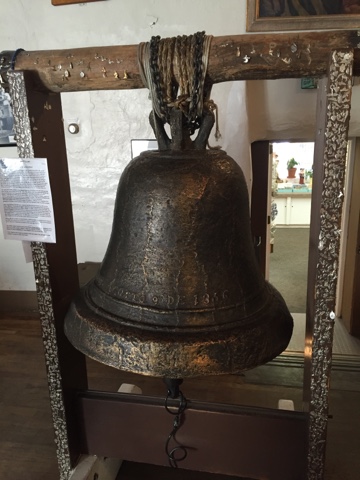 This bell was the most interesting artifact (IMHO) of all. Casted in 1356, the bell was originally intended to be used in a church under the control of the Moores. Somehow it made its way to Mexico and then later to Santa Fe in the late 17th century.  The bell is more than 100 years older than even Christopher Columbus.

And here is a short video of the church:

Our trip to Santa Fe caused me to think about how different the roles of Catholicism and Protestantism were in shaping the "New World." While Catholic Conquistadors like Cortes were busy conquering and converting in Mexico, men like Martin Luther were posting lists of grievances on church doors and pushing for reform. Spain's long war with the Moores had created a violent and even fundamentalist brand of Catholicism, while the emergence of Gutenberg's printing press was liberally spreading the message of Protestant reform far and wide.

It was the religious plurality of the British colonies in the New World that created a rich and vibrant soil. With Puritans, Anglicans, Quakers, Baptists, Methodists, etc. finding new havens in America in which to grow and nourish their brand of Christianity, America's religious experience evolved to become more like Baskin Robbins than Levi Jeans; 31 flavors instead of one size fits all.  The simple fact that American colonists (at least in the 18th century) now had a choice of religion meant that faith had become a democratic and (dare I say it) a capitalist enterprise.

Catholicism, while flourishing in Mexico, South America and parts of Canada, stood no chance in the British colonies. Though it is true that Maryland, founded by devout Catholic George Calvert, was created to be a refuge for English Catholics, the colony eventually came under Anglican rule in the beginning of the 18th century. What is surprising, however, is the fact that Protestants in Maryland itself accepted their Catholic neighbors, despite the massive anti-Pope sentiment that existed in the British colonies. Clearly America's Protestant diversity was liberal enough for even Catholics to find safe haven. This is no small thing, since the anti-Catholic sentiment of many Founding Fathers is a well known fact.

Why Catholicism did not flourish in the English American colonies is simple: it was far too conservative and allowed no wiggle room for the diversity of faith that was fundamental in American Protestantism.  As historian Mark Noll states in his book The Old Religion in a New World:


The religious situation that results in the United States reverses the pattern of Europe.  The only way for a denomination to become confessionally conservative is for it to become sectarian -- that is, to actively oppose marketplace reasoning; to refuse to abide by the democratic will of the majorities; to insist upon higher authorities than the vox populi; and to privilege ancestral, traditional and hierarchical will over individual choice.

In short, Catholicism fell victim to the same fate that currently infects many fundamentalist faiths today.  Instead of embracing the plurality of faith, fundamentalism doubles down on its rhetoric. It closes its borders, shuts its doors and secludes itself from the world.

Maybe those religions today that are experiencing the exodus of its membership could learn a lesson here and avoid the same fate.
Posted by Brad Hart at 6:43 PM

While your own Mormon church is growing, Brad, so is Catholicism.

...as is "evangelical" Protestantism.

It is "mainline" Protestantism--which we have largely agreed at AC built this country--that is in alarming decline.

What is surprising, however, is the fact that Protestants in Maryland itself accepted their Catholic neighbors, despite the massive anti-Pope sentiment that existed in the British colonies. Clearly America's Protestant diversity was liberal enough for even Catholics to find safe haven.

Unfortunately, this is a myth. Protestants came over from Virginia and took over, persecuting Catholics to the point of banning them from public office. Charles Carroll's father lamented that Maryland was no longer a safe place for Catholics.

Though known in the New World as a colony founded on religious tolerance, Catholics who immigrated to Maryland from Europe didn’t find the refuge they hoped for when they finally reached these shores.

The religious persecution that drove Charles Carroll the Settler from his native Ireland followed him to Maryland. Within a few short years of his arrival, Carroll soon found himself stripped of his governmental authority and facing broad restrictions on the practice of his Catholic faith. Catholics in colonial Maryland were not allowed to practice their faith publicly. They were also not allowed to send their children to church-run schools. As Oliver Cromwell came to power in England, Catholics in the colonies were no longer allowed to vote, were barred from several professions including law, and were unable to hold office unless they swore allegiance to the Church of England.

The Catholic Church went underground, and the faithful found various ways to preserve and persevere in the Faith. Jesuit priests based in White Marsh frequented Annapolis, celebrating Mass and other sacraments in chapels housed in private homes. The Carroll family maintained such a private chapel that they opened to the small Catholic community in Annapolis.