Tories, the Revolution and the Curse of Meroz 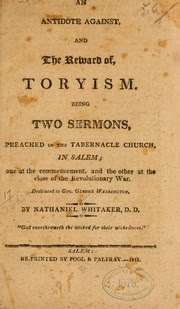 
In his famous 1777 sermon "Antidote to Toryism," Presbyterian preacher Nathaniel Whitaker makes his Biblical case for the Revolution, citing the Song of Deborah from the Book of Judges. Like the Tories, the city of Meroz fails to help the Israelites, and by the time Whitaker's done with them, they're cursed by everybody including Jesus Christ himself!

...2. Observe the curse pronounced : "Curse ye Meroz, curse ye bitterly the inhabitants thereof." Their conduct on that occasion was such as deserved a severe punishment from the other States, who are commanded to separate them unto evil, as a just reward of their neglect.

3. We observe by whom this curse was to be pronounced and inflicted. Not by Deborah and Barak alone, in a fit of anger; as profane persons in a rage curse their neighbors, and undertake to punish them; such often pronounce curses without cause; but the curse causeless shall not come. This curse was to be pronounced and inflicted by all the people, who are here required to be of one Heart & engage seriously, religiously and determinately in cursing them, and as God's ministers to execute his wrath upon them.
...

4. Observe by whose command they were required to curse Meroz: It was not by the command of Deborah and Barak, but of God himself; yea by the command of Jesus Christ, the meek and compassionate Saviour of men. Curse ye Meroz, saith the angel of the Lord. This was the Angel of God's presence, who then fought for Israel, and who was so offended with the people of Meroz for their selfishness and indifference in this important cause; that he not only cursed them himself, but commands all the people to curse them, and inflict his wrath on them in this world.

5. Observe the circumstance which aggravated their crime,viz.: the enemy that enslaved them was mighty. Had the foe been weak and contemptible, there had been less need of their help. But when a powerful tyrant oppressed them, and they were called upon to unite with their suffering brethren in shaking off his yoke, and all their strength little enough to oppose him, then to excuse themselves, was highly criminal, and in effect to join with the tyrant to rivet slavery and misery on the whole nation.

This was highly provoking to God, whose great end is to diffuse happiness, and not misery, among his creatures, and never punishes, but when his subjects oppose this design.
...

How base was this conduct, while they knew the strength of the enemy?, This consideration was enough to have engaged every one, not lost to all the feelings of humanity, to the firmest union, and the most vigorous exertions. But these servile wretches would rather bear the yoke, and see the whole land involved in slavery, than enter the field,and share the glory of regaining their freedom from a powerful foe. They preferred their present ease, or some court favors, with chains and slavery, to the glorious freedom they were born to enjoy. 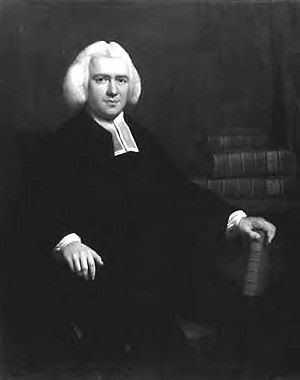 From this view of the text and context, we may deduce the following doctrinal observations.


II. That to take arms and repel force by force, when our Liberties are invaded, is well pleasing to God.

III. That it is lawful to levy war against those who oppress us, even when they are not in arms against us.

IV. That indolence and backwardness in taking arms, and exerting ourselves in the service of our Country, when called thereto by the public voice, in order to recover and Secure our freedom, is an heinous sin in the sight of God.

V. That God requires a people, struggling for their Liberties, to treat such of the community who will not join them, as open enemies, and to reject them as unworthy the privileges which others enjoy.


The cause of freedom is the cause of God.  To Christian critics of the revolution then [and now!], how the right to religious liberty became the fight for political liberty as well may be a specious chain of logic, but forge that chain they did.  And for those who didn't help the cause, to hell with you!
Posted by Tom Van Dyke at 8:21 PM

Again, I think the Christian case in favor of the Revolution was grounded in large part on the theory that the King in Parliament had violated the traditional rights of Englishmen possessed by the colonies. Since the King in Parliament had violated these fundamental rights, it was the British government that was the outlaw, not the American Revolutionaries. Thus, absolved by their duty of loyalty to the regime by the regime's own violation of its duty of adherence to law, the Americans were in fact seeking to preserve their traditional rights in the face of the true revolutionaries, George III and the forces of Parliament.

As Russell Kirk and Mel Bradford both observed, the American Revolution, in this sense, was a revolution not made but prevented.

Frankly I find his argument incoherent, but I think it shows they really cared about justifying themselves.

Follow the link--Whitaker starts out arguing God is love and ends up cursing anyone who doesn't join the war. And the part enlisting "the command of Jesus Christ, the meek and compassionate Saviour of men" was pure genius.