Jefferson on the Enlightenment 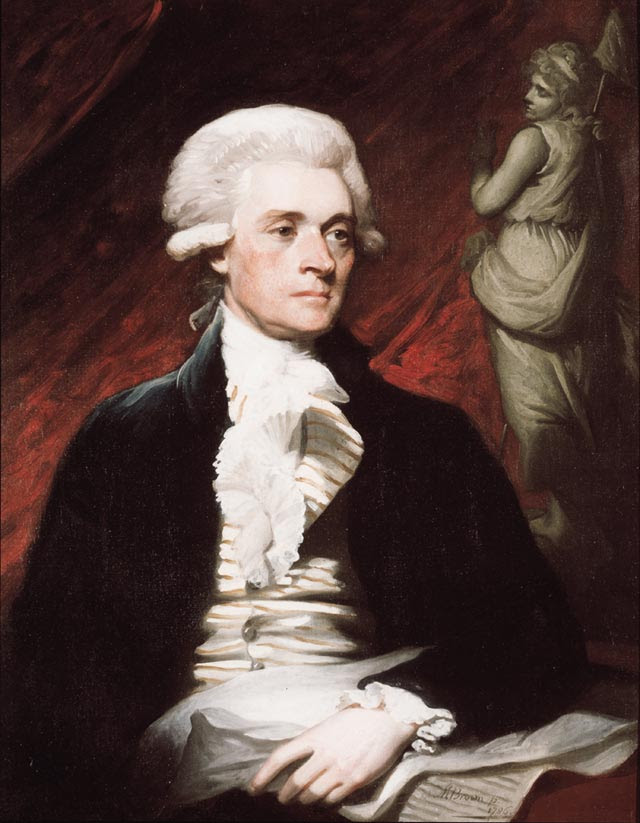 As the Sage of Monticello wrote regarding the 18th century:

It certainly witnessed the sciences and arts, manners and morals, advanced to a higher degree than the world had ever before seen.  And might we not go back to the ear of the Borgias, by which time the barbarous ages had reduced national morality to its lowest point of depravity, and observe that the arts and sciences, rising from that point, advanced gradually through all the sixteenth, seventeenth and eighteen centuries, softening and correcting the manners and morals of man?  I think, too, we may add to the great honor for science and the arts, that their natural effect is, by illuminating public opinion, to erect it into a sensor, before which the most exalted tremble for their future, as well as present fame.

[Cross-posted at Culby's Daily Quotebook.]
Posted by Mark D. at 9:27 AM

I don't really trust Jefferson on these things: he's got an agenda.

BTW, Leonardo da Vinci worked for the Borgias, so there's that.

Oh, I agree -- Jefferson always has an agenda. He is untrustworthy in virtually everything he writes, and never so more as when pronouncing about the Enlightenment. But I think that Jefferson's sentiment here fits with a more broadly shared idea about progress that many of the Founders held. My earlier post on Washington's Circular Letter discusses how Washington thought that human society had been getting progressive better as well. For Washington that was due in large part to the Revelation, while for Jefferson the improvement was due to the advance of science and the arts, but they both -- in different times and circumstances -- evidenced a belief in the notion that human beings were improving.

Jefferson was a reactionary. By this I mean, his philosophies were largely responses to his European intellectual counterparts. So as far as enlightenment thinking goes, Jefferson was a proponent of both the positive and negative aspects of the movement. In fact, in his Notes on the State of Virginia, Jefferson used enlightenment notions to rationalize scientific racism. He did so as a response to Raynal’s contention that most things American were inferior to their European counterparts.