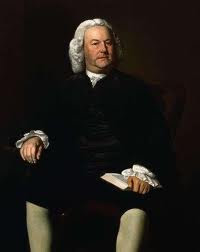 When we think of our nation's Founding Fathers, we usually remember only the "key" participants (i.e. Washington, Jefferson, Franklin & Co.). Unfortunately, the contributions of lesser known participants take a back seat and regularly go unnoticed.

Such is the case with one James Otis. I have written about James Otis before in a post explaining his views on the laws of nature and rebellion to authority, but today want to focus on his views regarding race; views which were, in many respects, very ahead of their time.

Though not a common citizen, Otis' legacy is often shrouded by the contributions of those that fought in the ranks of the Continental Army during the American Revolution. Otis was not a warrior. He never fought for independence (in fact, Otis was quite reluctant to break from Great Britain). Yet Otis was undoubtedly one of the first influential voices of the American Revolution. Aside from his protests against the British, Otis was also a powerful voice against slavery. Throughout his life, Otis wrote some of the most stirring arguments against "the peculiar institution", most of which were very unpopular in 18th century America. For example, in a 1764 pamphlet Otis wrote:

Does it follow that 'tis right to enslave a man because he is black? Will short curled hair like wool instead of Christian hair, as tis called by those whose hearts are as hard as the nether millstone, help the argument? Can any logical inference in favor of slavery be drawn from a flat nose, a long or a short face? Nothing better can be said in favor of a trade that is the most shocking violation of the law of nature, has a direct tendency to diminish the idea of the inestimable value of liberty, and makes every dealer in it a tyrant, from the director of an African company to the petty chapman in needles and pins on the unhappy coast. It is a clear truth that those who every day barter away other men's liberty will soon care little for their own.

John Adams recalled Otis speaking against slavery even earlier, during his argument against the writs of assistance in 1761. Adams recalled the occasion this way:

He asserted that these rights were inherent and inalienable. That they never could be surrendered or alienated but by idiots or madmen and all the acts of idiots and lunatics were void and not obligatory, by all the laws of God and man. Nor were the poor Negroes forgotten. Not a Quaker in Philadelphia or Mr. Jefferson in Virginia ever asserted the rights of Negroes in stronger terms. Young as I was and ignorant as I was, I shuddered at the doctrine he taught...

In other words, many of the great "key" founders couldn't speak as brilliantly on the issue of slavery as James Otis...probably because none of them wanted to bother. Keeping Blacks in their place was an easier task than to recognize their God-given rights to "life, liberty and the pursuit of happiness."

Remembering Otis as a pioneer for the later abolitionists who would follow in his footsteps should not be forgotten. When dressed in this light, Otis' legacy and contributions become every bit as important as those of the men that fought on the battlefield. Though not considered a "key" founder, I find Otis' views regarding abolition to be pretty much "in key" with the ideology of the American founding.

Great post, Brad. There are many "second tier" founders who fought against slavery and for a more equal society. John Jay, for example, was a leader in the fight for abolition in New York State.

Otis family biographer John J. Waters wrote that James Otis, Jr., “rejected both slavery and the belief in Negro inferiority, arguing [in Rights of the British Colonies] that as the ‘law of nature’ made all men free it must be applied equally to ‘white or black.’ Yet he never freed his own colored ‘boy.’”

Otis pursued intellectual arguments further than most of his contemporaries, reaching logical ends that many people found unthinkable. But he was also an upper-class man with a conventional lifestyle.

Brad, thx for more James Otis, whom I've become fond of quoting since your first post on him. An astonishing intellect, and it was his 1961 argument against the British parliament's Writs of Assistance that laid the political/philosophical groundwork for the revolution.

James Otis considered himself a loyal British subject. Yet in February 1761, he argued brilliantly against the Writs of Assistance in a nearly five-hour oration before a select audience in the State House. His argument failed to win his case, although it galvanized the revolutionary movement. More than thirty years later, with considerable exaggeration, John Adams claimed that "the child independence was then and there born,[for] every man of an immense crowded audience appeared to me to go away as I did, ready to take arms against writs of assistance." In fact, his challenge to the authority of Parliament made a strong impression on John Adams, who was present, and thereby eventually contributed to the American Revolution.

Why wasn't James Otis a Founder-Founder? Because some Tory bastard bashed him over the head!

Otis’ constant struggle against the Crown gained political change but also made political enemies. In another scathing attack on crown officials, he disparaged custom commissioners in the Boston Gazette. In 1769, one of those commissioners, John Robinson, confronted Otis in a coffee house. They came to blows, and Otis received a head injury that further aggravated what some described as an already failing mental health. Otis suffered from gaps in his sanity for the rest of his life.

Otis took John Robinson to court for compensation, and won his case; in the end he merely accepted Robinson’s public apology.

A shell of his former self, Otis retired from public life. On May 23, 1783, in a dramatic end for this dramatic man, he was struck and killed by a bolt of lightening.

Otis did have one wild life (and death). I think that is one of the reasons that I find him so interesting. I mean, who the hell gets struck by lightning?

There was a James Otis Sr. and a Jr.

hey thanks for shearing such informative blog with us >>....

Great post, Brad. I too am an Otis fan!

Enjoyed the post and the comments. As a descendant of the Otis family, I thought you should know that the portrait at the top of this post is of James Otis Sr, not the James Otis (Jr) that this article is about.

That was great information to read. Thanks for sharing.
Buy Abortion Kit online

Thanks for sharing it. That was useful.
To end unwanted gestation Buy Abortion Pill online at a less price.