Locke on the Gospel and on the Limits of Reason


From The Reasonableness of Christianity,
as Delivered in the Scriptures
by John Locke
Guest Blogger

[This passage has been coming back at me lately.  Even though "natural lawyers" such as Suárez and Grotius argued that even if there is no God, the "natural law" would still have force, Locke realized the limits of reason and therefore of philosophy.*  Without the power and authority of a "law-giver," men are quite adept at fooling themselves as to what's right and wrong.  There's a reason there's no hymn called "Onward Kantian Soldiers," and why "The Internationale" lies astride the ash heap of history [permanently, we hope].

It's always good to have an excuse to take a peek into the "Reasonableness" and Locke's writings in general: he's much more a "Christian" thinker than given credit for. Outside of the Bible itself, there's not much philosophical stuff known by even a fraction of the general public as Locke was in America at the Founding.  Paragraph breaks are added for readability.---TVD]


Next to the knowledge of one God; maker of all things; “a clear knowledge of their duty was wanting to mankind.” This part of knowledge, though cultivated with some care by some of the heathen philosophers, yet got little footing among the people.

All men, indeed, under pain of displeasing the gods, were to frequent the temples: every one went to their sacrifices and services: but the priests made it not their business to teach them virtue. If they were diligent in their observations and ceremonies; punctual in their feasts and solemnities, and the tricks of religion; the holy tribe assured them the gods were pleased, and they looked no farther. Few went to the schools of the philosophers to be instructed in their duties, and to know what was good and evil in their actions. The priests sold the better pennyworths, and therefore had all the custom. Lustrations and processions were much easier than a clean conscience, and a steady course of virtue; and an expiatory sacrifice that atoned for the want of it, was much more convenient than a strict and holy life.

No wonder then, that religion was everywhere distinguished from, and preferred to virtue; and that it was dangerous heresy and profaneness to think the contrary. So much virtue as was necessary to hold societies together, and to contribute to the quiet of governments, the civil laws of commonwealths taught, and forced upon men that lived under magistrates.

But these laws being for the most part made by such, who had no other aims but their own power, reached no farther than those things that would serve to tie men together in subjection; or at most were directly to conduce to the prosperity and temporal happiness of any people.

But natural religion, in its full extent, was no-where, that I know, taken care of, by the force of natural reason*. It should seem, by the little that has hitherto been done in it, that it is too hard a task for unassisted reason to establish morality in all its parts, upon its true foundation, with a clear and convincing light. And it is at least a surer and shorter way, to the apprehensions of the vulgar, and mass of mankind, that one manifestly sent from God, and coming with visible authority from him, should, as a king and law-maker, tell them their duties; and require their obedience; than leave it to the long and sometimes intricate deductions of reason, to be made out to them. Such trains of reasoning the greatest part of mankind have neither leisure to weigh; nor, for want of education and use, skill to judge of.

We see how unsuccessful in this the attempts of philosophers were before our Saviour’s time. How short their several systems came of the perfection of a true and complete morality, is very visible.

And if, since that, the christian philosophers have much out-done them: yet we may observe, that the first knowledge of the truths they have added, is owing to revelation: though as soon as they are heard and considered, they are found to be agreeable to reason; and such as can by no means be contradicted. Every one may observe a great many truths, which he receives at first from others, and readily assents to, as consonant to reason, which he would have found it hard, and perhaps beyond his strength, to have discovered himself. Native and original truth is not so easily wrought out of the mine, as we, who have it delivered already dug and fashioned into our hands, are apt to imagine.

And how often at fifty or threescore years old are thinking men told what they wonder how they could miss thinking of? Which yet their own contemplations did not, and possibly never would have helped them to. 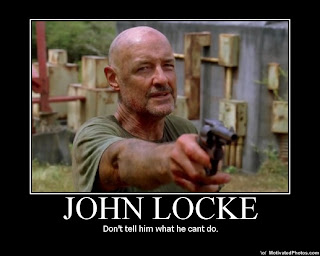 Experience shows, that the knowledge of morality, by mere natural light, (how agreeable soever it be to it,) makes but a slow progress, and little advance in the world. And the reason of it is not hard to be found in men’s necessities, passions, vices, and mistaken interests; which turn their thoughts another way: and the designing leaders, as well as following herd, find it not to their purpose to employ much of their meditations this way.

Or whatever else was the cause, it is plain, in fact, that human reason unassisted failed men in its great and proper business of morality. It never from unquestionable principles, by clear deductions, made out an entire body of the “law of nature.”

And he that shall collect all the moral rules of the philosophers, and compare them with those contained in the New Testament, will find them to come short of the morality delivered by our Saviour, and taught by his apostles; a college made up, for the most part, of ignorant, but inspired fishermen.