Here is another thoughtful review of Dr. Gregg Frazer's book on loyalists and the American Revolution by the Russell Kirk Center. A taste:


Their methodology deserves notice because it reflected their view of scripture along with a broader set of intellectual assumptions. Boucher deplored Jonathan Mayhew’s Lockean spin on Romans 13 for replacing “unerring standards of right and wrong” with “loose and debauched opinions.” Samuel Seabury condemned those who “have warped and forced particular expressions of the scriptures to make them comport with their own preconceived opinions.” Those rhetorical gambits, he said, deployed scripture to uphold positions that it could not support when seen by “a candid, unprejudiced mind.”

Scripture enjoined obedience to civil powers, which St. Paul in Romans 13 describes as ordained of God. Other passages of scripture Loyalists invoked backed this view. If even the most vile tyrants like Nero deserved obedience, how could it be just to resist George III? Biblical references to liberty, Boucher insisted, meant freedom from sin rather than political or civil liberty. Indeed, war and the sufferings it brought marked God’s judgment on a sinful people. Loyalists calling their fellow Americans to repent faced resistance as Old Testament prophets had done for calling Israelites to account during their suffering. Eschewing armed resistance for submission to Patriot authorities or flight from their homes and property to safety in British lines, Loyalist clergy practiced what they preached.

I just ran across this thoughtful review of Gregg Frazer's new book on loyalists and the American revolution. A taste, quoting from Frazer's book:


It is perhaps symbolic, but also instructive, to recognize that ... the motto of resistance theology was the nonbiblical phrase "Rebellion to Tyrants is Obedience to God." In contrast, the catchphrase of the Loyalist ministers was "Let every soul be subject unto the higher powers" - the direct text of Romans 13:1 (p.38).

Expect more from Frazer and perhaps Mark David Hall later this week.
Posted by Jonathan Rowe at 7:39 AM 4 comments:

Throckmorton: "Does Romans 13 Support the Case for Keeping Trump?"

Warren Throckmorton links to an American Creation post on the matter. Back from 2008!


UPDATE: This post at American Creation blog is a nice summary of Calvinist views of Romans 13. Gregg Frazer, Dean of The Master’s University and historian of the founding era wrote to address Calvin’s perspective on political rebellion. In short, without some governmental sanction for resistance (e.g., impeachment), Christians should not rebel. However, impeachment and removal is built in to the Constitution and therefore legitimate. Christians should not appeal to Romans 13 as a reason to oppose impeachment.

My position is that Dr. Frazer's case is an airtight interpretation of Romans 13; but there is more than one way to skin a cat.
Posted by Jonathan Rowe at 6:36 AM 4 comments:

Tillman: "A Religious Test in America?"

As usual, Seth Barrett Tillman uncovers some very interesting details in his research. From the abstract:


During 1776, but prior to announcing the Declaration of Independence, the Continental Congress instructed the state legislatures to call conventions to draft constitutions to regularize their local state governments so that each could be administered in the name of the People and absent royal governors and royal officers. North Carolina heeded the revolutionary call—in 1776, it implemented a new constitution with a bill of rights. One interesting feature of the 1776 North Carolina Constitution was that Article 32 imposed a religious test against non-Protestants. Article 32 stated:

That no person, who shall deny the being of God or the truth of the Protestant religion, or the divine authority either of the Old or New Testaments, or who shall hold religious principles incompatible with the freedom and safety of the State, shall be capable of holding any office or place of trust or profit in the civil department within this State.

Frazer and Fortenberry's Latests on Romans 13

Both Dr. Gregg Frazer and Bill Fortenberry are evangelical Protestants of the fundamentalist stripe. And one thing such Protestants are good at is disagreeing with one another. With that, check out the links -- audio lectures -- to their most recent comments on Romans 13 and the acceptability of rebelling against government under any circumstances. 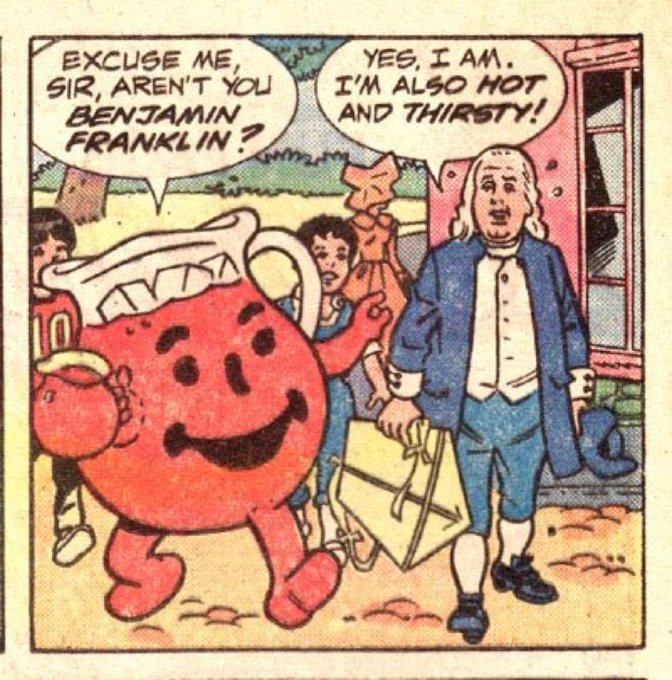 That pic of George Washington is from the "Voltaire" medal. Supposedly, Voltaire really liked Washington so much, he help to create a medal of Washington's likeness. 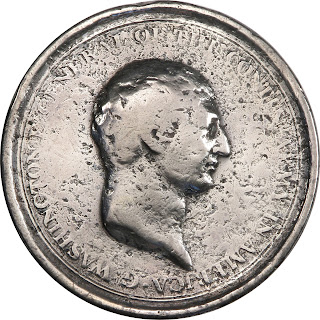 That's a story in itself that this post won't go into (I myself need to learn more about it). I haven't seen much else to connect Washington to the "deist" Voltaire. Though Tom Van Dyke's post on Voltaire reminds me of one quotation of Washington's that sounds quite "Voltaire like."


This is the country of sects. An Englishman, as a free man, goes to Heaven by whatever road he pleases.

Being no bigot myself to any mode of worship, I am disposed to endulge the professors of Christianity in the church, that road to heaven which to them shall seem the most direct plainest easiest and least liable to exception.

This kind of makes Washington sound like an outsider to the faith, which perhaps he was. But, nonetheless, such a sentiment perfectly captures America's ideal of pluralism and non-sectarianism.
Posted by Jonathan Rowe at 10:30 AM 12 comments:

Voltaire on Religious Pluralism, and also that clergymen basically suck

It was the French anti-religionist Enlightenment philosophe Voltaire, of all people, who realized in his On the Church of England the genius of what we call religious "pluralism," that if differences in dogma are multiple enough, that's a good thing for all practical purposes.


I'll put his last paragraph first because it's the best, and go on from there, because it applies to Founding-era America even more than England in 1733:

If there were only one religion in England, there would be danger of tyranny; if there were two, they would cut each other's throats; but there are thirty, and they live happily together in peace.


And as historian Gordon Wood notes about the Founding:

Oy. That's a lotta Presbyterians and even more Baptists. And that's just the tip of the pluralist iceberg. Thank God for heresy. Let's yield the floor back to Voltaire with some excerpts on Anglo-America, and read his England of 1733 as America in 1776:

This is the country of sects. An Englishman, as a free man, goes to Heaven by whatever road he pleases.


Although the Episcopalian and the Presbyterian are the two main sects in Great Britain, all others are welcome there and live pretty comfortably together, though most of their preachers detest one another almost as cordially as a Jansenist damns a Jesuit.

Go into the Exchange in London, that place more venerable than many a court, and you will see representatives of all the nations assembled there for the profit of mankind. There the Jew, the Mahometan, and the Christian deal with one another as if they were of the same religion and reserve the name of infidel for those who go bankrupt. There the Presbyterian trusts the Anabaptist, and the Church of England man accepts the promise of the Quaker. On leaving these peaceable and free assemblies, some go to the synagogue, others in search of a drink; this man is on the way to be baptized in a great tub in the name of the Father, by the Son, to the Holy Ghost; that man is having the foreskin of his son cut off, and a Hebraic formula mumbled over the child that he himself can make nothing of; these others are going to their church to await the inspiration of God with their hats on; and all are satisfied.

If there were only one religion in England, there would be danger of tyranny; if there were two, they would cut each other's throats; but there are thirty, and they live happily together in peace.

Well, if you got all that, it's no surprise that America circa 1776 didn't like bishops or even clergymen much. Always stirring up trouble between the sects and ruining everybody else's fun, when they're not drunk and out having fun themselves.

Everybody else, the normal people, were pretty mellow about the whole thing. That was the American Founding too.
Posted by Tom Van Dyke at 2:39 PM 17 comments: