Why We Shouldn’t Celebrate Presidents Day 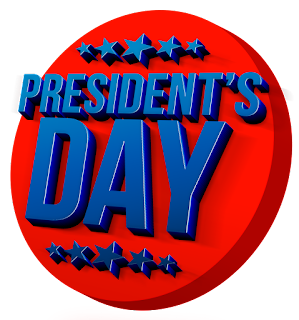 We now enter the most pointless, uninspiring, vapid, and annoying holiday weekend of the year. I of course refer to the holiday widely, incorrectly, and inappropriately known as “Presidents Day.”

This moniker is so prevalent, so popular, so ubiquitous that I realize my criticism is futile and will mostly fall on deaf or uninterested ears (or, in this case, eyes).


This is not Presidents Day Weekend.

I know, I know. Everyone CALLS it “Presidents Day Weekend.” But.... it’s not.

Again....not that anyone cares. And not that our society is going to change this moniker anytime soon. After all, “Presidents Day” has a nice “ring” to it. It rolls off the tongue much more easily than would be the case if we actually used the PROPER and LEGAL name for this weekend’s holiday.

We all know that, given the choice between Proper or Convenient, Americans will choose the latter every time.

There’s much more at stake than simple laziness or even ignorance.

The fact that Americans CALL this February holiday “Presidents Day” effectively equalizes ALL of our Presidents and makes this holiday about ALL those who served in the American presidency.

What’s wrong with THAT, you ask.

What’s more.... the very REASON we HAVE holidays (remembering that the word “holiday” stems from “holy day”) is to call Americans’ attention to WORTHY people or events. It’s to call Americans to higher principles - to get them to remember the WHY of our country, not just the WHAT of our history.

There was a time when Americans pretty much universally understood this. And thus they had no problem calling this February holiday by its proper, legal, and official name. The reason being.... they understood that the man for whom this February holiday is officially named... is worthy of universal recognition and esteem. That man of course is....

Remember him?  You know..... the guy who fathered this country.  The guy who pretty much remains the only (humanly speaking) indispensable man in American history. Without Washington, it’s frankly inconceivable to think that the United States would even EXIST today.

Today, of course, few Americans even pay Washington much attention.

And when attention is paid to Washington, he’s normally maligned in a maelstrom of political correctness and so-called Social Justice Warriors. Never mind that most of Washington’s critics don’t even know much about the man. Facts don’t matter to them. They’ve caricatured him (along with the rest of the Founding Fathers) as white supremacist symbols of the WASP patriarchy. And that’s enough for them.

So much of today’s political disagreements - as well as discussions of history - degenerate into labels, tribalism, slander, and virtue signaling. Truth is lost in the mix. It’s a sad shame.

We honor Washington for the good that he did and be grateful for what he did for our country while..... at the same time .... acknowledging his sins and failures and learning from those shortcomings?

NO ONE IS PERFECT.

Well... there was this ONE guy, but He’s on the special side. On the DIVINE side.

But setting Him aside...... all human beings are imperfect, flawed sinners. All of them.

It’s okay to have some heroes, so long as we remember that all of our heroes (again, except for that Jewish carpenter guy in the first century) are flawed. All of them.

The same is true for you, for your parents, for your significant other.

If you’re going to only love, honor, and respect people who are PERFECT or “perfect” according to YOUR personal standard of morality? Well.... you’ll never have ANY heroes or ANYONE in your life that you deem worthy of love, honor, or respect.

And that’s a sad and lonely way to live.

I know George Washington isn’t perfect. He’s no Jesus. But....

All federal holidays other than Thanksgiving, Christmas, New Year's Day, and the 4th of July are pretty much astroturf and should go away. To the extent that any one of them ever were incorporated into popular culture (and Memorial Day was, to an extent), this ceased to be so when Congress insisted on assigning them all to a Monday so people could have a 3-day bender. Be a satisfactory way to give the public employee unions a stilletto in the a$$ by prescribing a day off on the 4th Thursday in November, the 25th of December, the 1st of January, and the 4th of July and if any of the latter three fall on a Saturday or Sunday, what of it? No more Martin Luther King Day. No more President's Day. No more Memorial Day. No more Labor Day. No More Veterans' Day. People selling furniture and appliances will have to think of a new hook.

"The fact that Americans CALL this February holiday “Presidents Day” effectively equalizes ALL of our Presidents and makes this holiday about ALL those who served in the American presidency."

"Presidents' Day" is a colloquial term.


[Lincoln's Birthday was never a national holiday, although it was observed by some states.]

Did you know there's a 12 word sentence you can speak to your crush... that will induce intense emotions of love and impulsive attraction for you buried within his heart?

That's because hidden in these 12 words is a "secret signal" that fuels a man's impulse to love, idolize and guard you with his entire heart...

This impulse is so built-in to a man's brain that it will make him try better than ever before to take care of you.

Matter-of-fact, triggering this all-powerful impulse is absolutely binding to getting the best ever relationship with your man that once you send your man one of these "Secret Signals"...

...You will soon notice him open his heart and soul for you in a way he haven't expressed before and he will recognize you as the only woman in the world who has ever truly tempted him.

It's very well documented. It was helpful. Thank you.