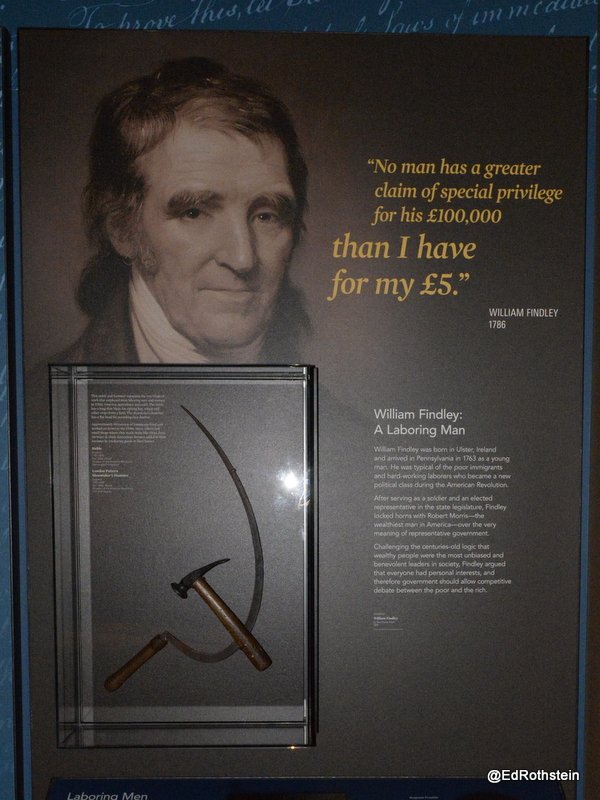 Opening on April 19, the anniversary of the 1775 Battles of Lexington and Concord, the museum’s building, designed by Robert A.M. Stern Architects (RAMSA), encompasses 118,000 square feet, with 32,000 square feet devoted to exhibition and theater space offering artifacts (flints used to fire muskets at British troops, the first newsprint Declaration of Independence) along with interactive touch screens, life-size sculpted figures arranged in historical tableaux, and children’s exhibits. The American Revolution has been given a state-of-the-art home blocks from Independence Hall and other museums chronicling the American experience. 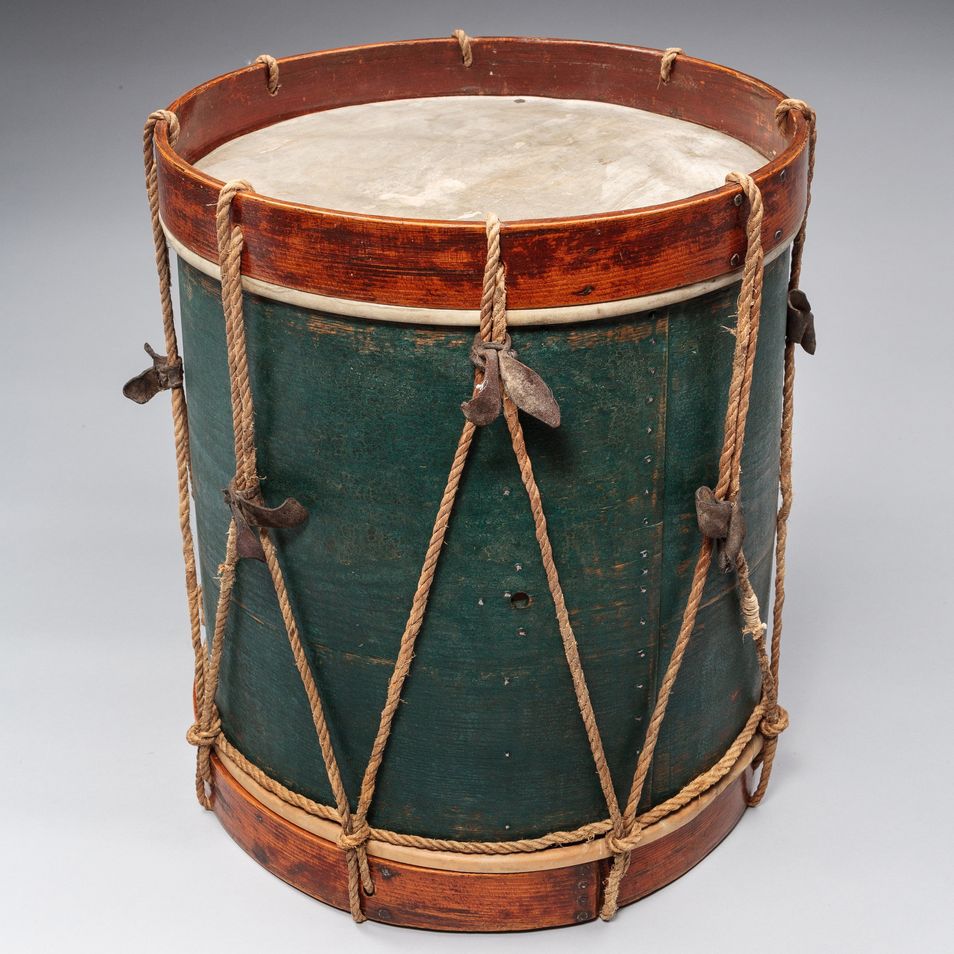 But why has a museological debut taken so long?


Adding to complications, the Revolution has an almost sacral status associated with exceptionalism: The U.S. is the first nation created around a set of ideas. But in recent years this status has come under attack. How can the Revolution claim symbolic power when the early republic systematically overlooked half the human race by gender, and counted the enslaved as worth—in the Constitution—but three-fifths of a free man?

Such is the political landscape in which the new museum has come into being, its content overseen by its vice president of collections, exhibitions and programming, the historian R. Scott Stephenson, with Philip C. Mead as director of curatorial affairs and chief historian. The result is provocative, at times compelling—but also often skewed by contemporary tensions.


At first the account might seem traditional. At the climax of one cinematic program, the lighting shifts and the screen turns translucent, revealing the headquarters tent in which George Washington spent the war from mid-1778 until 1783. It had been in the Valley Forge Historical Society’s collection (which was entirely donated to the museum) and is now meticulously restored in this tribute to Revolutionary heroism.

But historical scholarship has become vastly more inclusive. So we are also reminded here not just of higher principles but of how they fell short for those who were enslaved—some 400,000 in 1776 growing to nearly four million by 1860—or for those who preceded the colonists, American Indians. Those histories—along with accounts of women’s roles—are part of this chronological narrative. One tableau shows an African-American redcoat—freed by serving in the British army—speaking with a slave who has not yet decided whom to support. A gallery devoted to New York’s Oneida includes life-size figures, voices in dialogue and a film evoking the tribe’s debate over allegiance (Washington said the Oneida “manifested the strongest Attachment to us”).

This accompanies an attempt to de-sacralize the Revolution. It is no longer portrayed as a struggle between colonists who were either far-seeing patriots or traitorous “loyalists.” The Stamp Tax is portrayed as unexceptional. Examples are given of “propaganda” from both sides. This Revolution poses dilemmas, not doctrinal clarity.

This strengthens the history but weakens the event’s symbolic power. And though much is still excellent (including a map tracing the war’s New Jersey battles in the winter of 1776-7, the armies’ movements represented by moving lights), a price is paid. What scenes, for example, are dramatized by tableaux? The Oneida debate, the African-American conversation about loyalty, a fight among Washington’s soldiers, Loyalist cavalry battling for the British—images having less to do with the war’s significance than with today’s preoccupations with identity-based tensions.

Inclusiveness can also create strange proportions. Why do we learn far more about Baroness von Riedesel—“one of perhaps a thousand women” who followed the British army—however impressive she was during the Saratoga Campaign, than we do about Gen. John Burgoyne, whose defeat in the that campaign upset British hopes? Why is Mercy Otis Warren, “perhaps the leading female political writer of the colonial resistance,” whose writings are said to have “galvanized American colonial protests,” given more attention than the Federalist Papers, with their fundamental arguments about the future design of the republic by Alexander Hamilton, James Madison and John Jay ?

The Revolutionary era encompassed some amazing innovations: “the first written constitution in the history of the world” in 1776 and, in 1775, the first anti-slavery society in history, founded in Philadelphia. But such details remain isolated. The exhibition tells us more about how the Revolution fell short than about how it transformed possibilities (the historian Alan Taylor might be happier here than Gordon S. Wood even though Mr. Wood is a member of the board). In one instance, curatorial taste turns truly bizarre: A display about “laboring men” seeking equality shows us a farmer’s sickle and a shoemaker’s hammer forming the icon of the old Soviet Communist Party.

There is, in fact, a recurring tilt leftward here. Thus, while the closing film properly treats the Revolution as a continuing project, finding extensions in civil-rights movements for African-Americans, gay people and women (and less properly in associating “Occupy Wall Street” demonstrations with “the fire of the Revolution’s promise”), it doesn’t recognize other aspects of that tradition: the importance of individual liberties, the inevitable messiness of the democratic process, and the exceptionalism that yet remains.

Well, the practice of American history has entered a decadent period, and likely will not depart it until we're safely and cozily dead.

Here is a different perspective:

“Overall, the Museum of the American Revolution strikes a balance between the stories we all know, and those we may not. It recognizes the nation’s past and present flaws, and simultaneously celebrates the diversity of America throughout the ages. MoAR excels in representing people otherwise disenfranchised during the Revolution, effectively illustrating the dichotomy of a fledgling nation fighting for freedom for some while at the same time actively oppressing others.”
https://allthingsliberty.com/2017/04/museum-american-revolution-dichotomy-fledgling-nation/

Yes, we all know that sort of numbing left-speak. That misses the point: By assigning equal importance to all people alive at the time, we learn nothing of what is significant. The trivial is elevated to equality with the historic.

When everyone is special, nobody is. We are talking anthropology here, not history.