Life, Liberty and Property: Slavery and the Founding of America 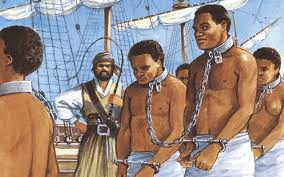 America is a nation that has become synonymous with freedom. The hope people of all races, religions, genders and backgrounds can have an equal and protected right to "Life, liberty and the pursuit of happiness" has become the principal creed of the American experiment. This belief has been a constant work in progress, dating back to the time of our Founding Fathers. During the American Revolution, men Like John Adams, Patrick Henry and others tirelessly campaigned and urged the American public to embrace the ideals of independence, and to break the bands of tyranny from England. America’s war hero George Washington was inspiring troops to come together in a common cause, to win their freedom from what they saw as an oppressive King of England.

And though these founders are rightfully praised for their incredible efforts, the American Revolution was far from the perfect personification of human freedom. An entire race of people, for example, would not receive the benefits of independence or of personal liberty. The African American slave population was the greatest contradiction to the ideals of American independence. Their legacy not only confuses many Americans today, but it also greatly troubled the citizens of the early American republic. Citizens endeavored to justify their "rights" to Black "property" while at the same time praising the "self-evident" truths that "all men are created equal." Needless to say, this contradiction was an ugly and uncomfortable truth of American society that was simply brushed under the table in most cases. The "peculiar institution", as it became known, was arguably the most ugly and painful thorn in the side of our nation's founders, a thorn they never fully removed.

With mounting tensions between England and her rebel colonies mounting, the Continental Congress looked to the redheaded, thirty-three-year-old Virginian, Thomas Jefferson, to create the "marching orders" for the new nation. In a matter of days Jefferson would write one of the most amazing documents in world history, the Declaration of Independence. In this document Jefferson spelled out the reasons and justifications that the colonists had for independence, along with a list of grievances they had against the King of England. In addition, this Virginian master of hundreds of slaves attempted to address the slave issue. In his first draft of the DoI, Jefferson not only condemned the slave trade, but placed full blame for slavery in America on the shoulders of the King of England:

He has waged cruel war against human nature itself, violating it's most sacred rights of life and liberty in the persons of a distant people who never offended him, captivating and carrying them into slavery in another hemisphere, or to incure miserable death in their transportation hither… to keep open a market where men should be bought and sold.

As wonderful as all of this may have sounded, the Continental Congress elected to delete all references to the slave trade, fearing that it may actually harm the revolutionary movement. No doubt many of the signers themselves were slaveholders. While we today may look at Jefferson and others as hypocrites, it is worth remembering that they were (like us today) a product of their times. Slavery had become a reality for many early Americans. If the Congress truly wanted to gain the backing of the masses, the best way to do that was to ignore the slavery issue altogether.

With the "revised" draft of Jefferson’s Declaration now complete, the Continental Congress distributed the document to the masses. General Washington ordered it read to the men under his command. With all the excitement that this document caused, there is little doubt that many found it to be contradictory to the realities of 18th Century American life. The bold phrase, "We hold these truths to be self-evident, that all men are created equal" only rang true for a section of the population. Women, Blacks, Native Americans, and many others were far from "equal" to their sophisticated American gentry neighbors. Regardless of this fact, the DoI inspired and gave hope to thousands of slaves, who sought for a way to break the chains of servitude.

Once the exhilaration of victory over Britain had worn off, the American people faced the challenge of creating a new government. With thirteen separate states, each with its unique culture and ideals, this proved to be a very difficult task. Under the Articles of Confederation the new nation was loosely tied together through a virtually powerless national authority. The new government quickly realized that it had little to no influence over the states. As problems arose, the new government was powerless to help. Since the Confederation was powerless to tax the states, they created the Northwest Ordinance of 1787. This ordinance was created to help the government sell off the land north of the Ohio River and west of the Appalachian Mountains for colonization. This proved to be one of the Confederation’s finest moments. As historian Carol Berlin stated, the Northwest Ordinance was "without question, the government’s finest peacetime establishment" (A Brilliant Solution, 23).

The Northwest Ordinance had another side to it though. Article IV of the document stated that, "There shall be neither slavery nor involuntary servitude in the said territory" (Slavery and the Founders, 40). This move on the part of the Northwest Ordinance was an obvious challenge to many of the accepted norms of the time. Clearly the slavery issue had been a popular topic of the time, and many people felt that the institution had to be eradicated before the revolutionary ideals could be fully realized. Others, however, felt that slavery was an institution worthy of full government protection. As historian Joseph Ellis points out, "slavery was woven into the fabric of American society in ways that defied appeals to logic or morality" (Founding Brothers, 91).

Despite its controversy verbiage, Article IV did not become a source of debate for those for and against slavery. As historian Paul Finkelman argues, southern slaveholders were more than willing to accept the article because to them it meant slavery would continue in the south, and it would prevent settlers of the new territory from competing with their monopoly on Black labor (Slavery and the Founders, 42). Slaveholders also took comfort in the apparent ambiguity of Article IV. For example, Article IV (and the ordinance in general) said nothing about the fate of slaves already living in the territory. It also said nothing about the children of slaves who would be born in the territory. Much of the ambiguity of this article came as a result of its hasty adoption. It was quickly created and accepted with little to no revision. As Paul Finkelman calls it, "The Ordinance illustrates the danger of hastily drafted legislation" (Slavery and the Founders, 48). Had Article IV been better scrutinized before being accepted, then perhaps the pro-slavery arguments would have had not footing to stand on.

As the infant nation continued to define itself, many prominent members of society began seeing a shadow of uncertainty cast over their republican experiment. Men like Madison, Hamilton and Washington began to believe that only a strong nationalized government could secure America’s future. As a result, a Constitutional Convention was convened in Philadelphia, in the very building where the Declaration of Independence had been signed. Men from 12 of the 13 states came together to discuss different solutions to a growing problem. Opinions varied greatly on whether a new government should be created, and how that new government should look.

After great debates and great compromises the Constitution of the United States was created and ratified. Debates over representation in the national legislature, the nature of the Executive branch, and the protection of individual rights were among the issues debated. But of all the debates that came to the forefront of the convention, the problem of slavery took center stage. As James Madison stated, "the States were divided into different interests not by their difference in size, but principally from their having or not of slaves" (Founding Brothers, 91). Southern states desperately wanted to protect the institution, or at least extend its lifespan. Those who sought to destroy slavery through Constitutional laws were met with disappointment. As Carol Berkin states, "Any attempt to raise the moral issue of slavery was just as quickly rejected" (A Brilliant Solution, 113). Eventually, northern states gave up on the slavery issue and acquiesced to the demands of their southern brethren by accepting the compromise to allow slaves to be counted as 3/5 a person in the representation of a state. This 3/5 Compromise gave slaveholders the comfort of knowing that they would be able to safeguard their "property" from northern abolitionists, and ensured that they would play a major (perhaps the major) role in American politics for the next 70-80 years.

The newly ratified Constitution also served to protect slavery in other ways. The southern delegates were able to gain the guarantee that the slave trade would be Constitutionally protected for at least twenty years. Although many abolitionists were no doubt devastated, many also realized that securing the ratification of the Constitution was a more pressing need. Southern delegates would have been reluctant to sign any Constitution that did not give specific safeguards to slavery. As Joseph Ellis points out, "The distinguishing feature of the document (Constitution) when it came to slavery was its evasiveness. It was neither a contract with abolition nor a covenant with death, but rather a prudent exercise in ambiguity" (Founding Brothers, 93). The southern slaveholders had won a major victory in securing their slave-holding rights. Any effort to restrict or eliminate the institution would have to overcome the massive hurdle of the Constitution. In short, the south had won one of the key battles to secure the legacy of the American Revolution. The rest of the war would have to wait to be settled till the 1860s.

Slavery was not only an institution protected by law in the early American republic, but it also became an institution that defined the early American republic. The complex and immoral debates that arose in defense of the institution helped to determine the actions of many Founding Fathers. The creation of the Declaration of Independence, the Northwest Ordinance, and the Constitution were all influenced by the existence of slavery. Through the actions of our early founders, slavery became not only an institution but also a culture, fully protected by law. It is no wonder that slavery, and all the debates that went with it, would continue to shape American history and eventually contribute to our bloodiest war ever: The Civil War.
Posted by Brad Hart at 3:32 AM

Thanks for putting that paper together.
.
It seems very well thought out.
.
(Whose idea was it to change the sarcastic "prove you're not a robot"? Not only insulting; but stupid."

Good article. Well thought out. I would add, though, that the majority of the Founders (as understood to be the group of men who signed the DoI and/or the Constitution) opposed slavery on moral grounds. They structured things in such a way that would compromise with the "peculiar institution" in the short term so they could win the Revolution and form a new government. But they also hoped they succeeded in putting slavery (as Lincoln later said) on the "course of ultimate extinction." I believe Abraham Lincoln's assessment of the Founders was correct. Interestingly enough, even Alexander Stephens, the vice president of the Confederacy, agreed with Lincoln's interpretation of the Founders. BUT he (Stephens) disagreed with the Founders. :-(

I agree the Founding Fathers didn't do enough to strike against the institution of slavery, but they did more than what most of their critics today are willing to give them credit for. As your article points out, they did enough to establish a national conscience that later generations could appeal to in the eradication of slavery and race discrimination.